(Jamaica Observer) Jamaica’s Senior Reggae Girlz have strengthened their stance against the Jamaica Football Federation (JFF) in an ongoing salary dispute, threatening to strike ahead of the Olympic Qualifiers if monies owed to them are not paid over.

In a widely circulated email, the Reggae Girlz expressed discontent at the “injustices” that they have experienced during and after their storied run as the first Caribbean team to make an appearance at a Fifa Women’s World Cup.

The players pointed out that they are yet to receive a single cent for their work before, during or after the World Cup in France, since inking contracts with the governing body in May.

“We have each upheld our part by being upstanding athletes and wearing our country’s colours with pride and respect. Yet, our federation has continuously disrespected our work ethic and our patriotism. We are simply asking to be paid — an agreement we thought was contractually obligated once both parties put pen to paper.

“Each player listed below has successfully satisfied their contractual obligation and is due full payment according to the signed agreements. These players will also not be participating in any Jamaica camps, practice matches, or qualifying matches until 100% of outstanding contract payments are made to every player,” the Girlz’ letter stated.

But JFF General Secretary Dalton Wint came out in defence of the governing body, stating that funds were disbursed to the players’ accounts last week. 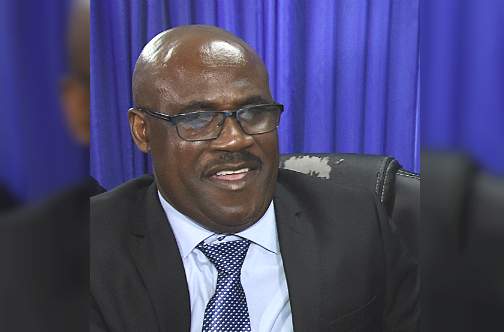 JFF General Secretary Dalton Wint
“We gave the Girlz some money the other day. As a matter of fact, the Girlz have received half of what we had owed them, so that is not true [that they have not been paid],” Wint told the Jamaica Observer yesterday.

“They might not have received it, but we sent the Girlz’ pay…remember, you know, how the transfer money is — some people will be seeing it and some people will not be seeing it, based on the bank. But we have sent half of the money from last week to all the Girlz that are contracted,” Wint said, adding that he can confirm that the funds have left the JFF’s account.

However, one Reggae Girl, who wished to remain anonymous, acknowledged that it was communicated that funds were transferred, but claims that there is no evidence of such disbursement.

“They said they sent half of the money to our accounts but we are yet to receive it, and I haven’t seen anything like that. They had all that time to borrow the money to send, but they waited until now when we decide to take a stance that they are coming up with excuses,” the player told the Observer.

The email sent out by the Girlz accused the governing body of receiving “many forms of payout” to ensure the team’s success, and also raised questions about how those funds were utilised.

It is understood that the JFF could receive as much as US$750,000 (about $100 million), which is the expected payout for teams that finished 17th to 24th at the Fifa Women’s World Cup in France this summer.

“They have received prize money from Concacaf for qualifying for the World Cup, Fifa to support World Cup preparation, and the Reggae Girlz Foundation — a non-for profit organisation created to raise money for the team, separate from the JFF,” the Reggae Girlz letter revealed.

Wint again disputed the claims, but in the same breath, agreed that the players deserved to be paid.

“That is absolutely incorrect; we have not received any prize money from Fifa. The commitment that we have given to them is that once we have received the money from Fifa, they will receive their full money. But we are trying to see if we can get funds from (some) other source to pay them because I think they deserve to be paid,” he reasoned.

“Fifa had sent us a letter and said in that letter that they hope to disburse by the end of the September, so that would mean a full disbursement to the Girlz or even before, if we can find a way to take care of them before the end of September. But, as I said, we found some money and we used that money to send them half of their money,” Wint added.

Until then, it remains a wait-and-see for the Reggae Girlz, as the player pointed out that even if half the funds does arrive in their account, they will still require the remainder before softening their stance for the Olympic qualifiers.

“If that disbursement was actually made and we eventually receive it, then we will await the remainder —and if it is not paid, then we won’t play,” the player noted.

That said, Wint revealed that all is being done to ensure to the best representatives are included in the Reggae Girlz squad for the Caribbean phase of qualifiers, scheduled for September 30 to October 8.

Only the three group winners will advance to the final round.

“We have sent out and communicated through our management with the Girlz, and the Girlz have all indicated that they wish to be paid and they are interested in coming to represent the country. So we have to, and intend to, carry our end to ensure that the Girlz are paid, because we would want the best team to play.

“Again, we have written to the Girlz explaining our position and made a commitment to pay them as soon as we can, which is the end of September,” Wint ended.

One lawmaker last week came face-to-face with the terror on the roadways caused by rowdy taxi drivers, and the incident has left her traumatised. Juliet Cuthbert Flynn, the celebrated Olympian and member of parliament (MP) […]

Jamaica’s Reggae Girlz have secured their spot for next year’s FIFA Women’s World Cup. The Reggae Girlz defeating Panama 4-2 on penalties in their third-place playoff match at the 2018 Concacaf Women’s Championship at the […]

Jamaicans concerned about monkey on the loose

A monkey with a seemingly elaborate appetite is on the loose in St Elizabeth (St Bess), leaving members of some communities in the parish’s south east region on edge and in frantic watch mode over […]