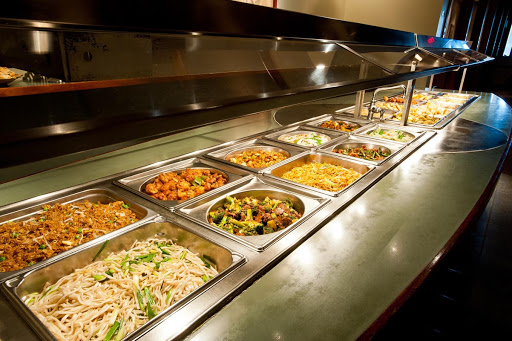 There has been no known case of the corona virus in Jamaica, but some Chinese eateries already have their backs backed against the wall as the virus has caused major fast food joints and restaurants to temporarily shut down their services as the death toll from the corona virus increases.
On Saturday, when some Jamaican Observers inspected some Chinese and Japanese restaurants across the island, some of the inspectors claimed that there was no decrease in sales. Some of the restaurants that presented no issue after the inspection includes; Fortune Chinese Restaurant, Golden Bowl, Dragon Gate Chinese Restaurant, and Orient Express. Although, two establishments complained to have had some losses during sales and expressed their concerns about the epidemic.
A worker at the popular china max restaurant expressed his opinion on the matter.  This week, after the announcement of the viral outbreak, we don’t really get much dining order, no walk-in, nobody even makes reservations for a meal again. Only old and regular customers of the restaurant make reservations. All through out yesterday i never get any call for a reservation, and it’s a very busy establishment”.
The worker also blamed the general phobia that most jamaicans exhibited which also contributed to loss in customer traffic.   They are  even afraid to eat food at a restaurant, especially in chinese restaurants from the get go, and the news about the break out also made things worse”. She also stated confidently that she ia not worried about the current status of the company and that business will resume as usual.
“It isn’t like they travelled and just came back from China recently, so they are free from the virus, but they are just afraid (from outsiders) she said”.
A worker from a Big Chinese Restaurant in Portmore shared similar views about the reduction in customers but went further to explain that business had declined by up to 50 percent.
“Majority of the decline in budiness has to do with the fear of the virus, the incident at UWI (University Hospital of the West Indies) during the week and the false news that have been going around,” he said business gradually plummeted after the false news about corona virus in the hospital.
When the representative was asked if he wanted to say anything to gain public trust, he said, “due to the current situations it wouldn’t make any difference, because a lot is already being said about the restaurant by the public. But its safe to say that we have been here for a long time and most Chinese have only been here for a couple of years, and have either not been to or back from China in recent times.”
The Big China Restaurant representative was also sure that the decline in customers has also extended to other parts of Asian restaurants locally, particularly the Japanese restaurants, and that the tendency of indigenes to classify everyone of Asian decent as Chinese also affected customer ratings.

Facebook
Twitter
WhatsApp
Pinterest
Previous articleJamaicans are the majority in Canadian prisons than any other Caribbean nationals
Next articleTrafficking of Venezuelan Girls in Trinidad & Tobago Down to Cops Inability and Unwillingness to Tackle Menace says, Activist