Jamaica: Drama teacher pretending to be a cop for years arrested 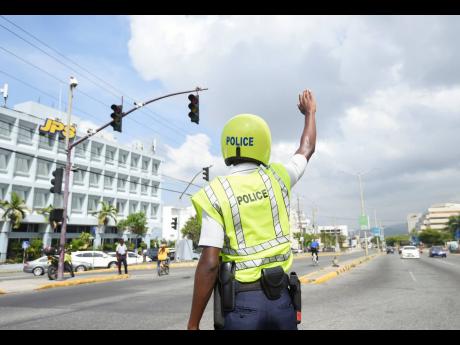 A 36 year old drama teacher was, this past Thursday, arrested for impersonating a
policeman. The educator was charged at the Elletson Road Police Station when he brought someone in
to give a statement.
According to one of his past students, who like many other past students of his is still in shock, everyone
thought he was a really strict and disciplined teacher simply because of his background as a cop.
He actually said discipline and being strict were parts of the principles he had learned from being a cop.
Because of this also, when he was seen severally with a firearm, they all thought it was a property of the
JCF (or Jamaican Constabulary Force), his personal weapon or a licensed weapon in his possession.
Troy Chambers (the arrested teacher) had introduced himself as a sergeant in the police station upon his
arrival, according to the police. He was only asked later to show his identification when they noticed
some suspicious actions.
Mr. Chambers was in the police station with a firearm and was immediately arrested when he admitted
that he was not a cop. The gun was taken from him.
Stephanie Lindsay, Senior Superintendent of Police and head of the Corporate Communications Unit,
upon analyzing the incident, said the behavior is typical of many who applied to join the JCF but were
rejected. Many of them just do this to have a sense of belonging or even to carry out their various gang
activities.
Speaking to THE STAR she said that identifying a real policeman was easy. People only needed to look at
their uniform consisting of their badge number. And if still in doubt, one can simply ask for the
identification card of the policeman in question. The information on the identification card should be
the same as that on the uniform.
Furthermore, according to her, each policeman has a regulation number unique to him and worn on his
shirt. On their shoulders you should see their badges, with their ranks displayed on a chevron (a stripe or
V-shaped line). To identify a sergeant you should see three chevrons while, for a corporal, you should
see two.
Lastly, every policeman is meant to have his regulation number on at every point in time. This is even
more necessary when on duty and carrying a gun. Very often you see people with fake or stolen vests
but once they are engaged with you in any activity that involves law enforcement and you have any
doubts, demand for their IDs, she added.
Like his past students who are surprised, many others are still shocked Mr. Chambers was never a
policeman – only an impersonator.