Over 500 cases of coronavirus reported in Chinese prisons 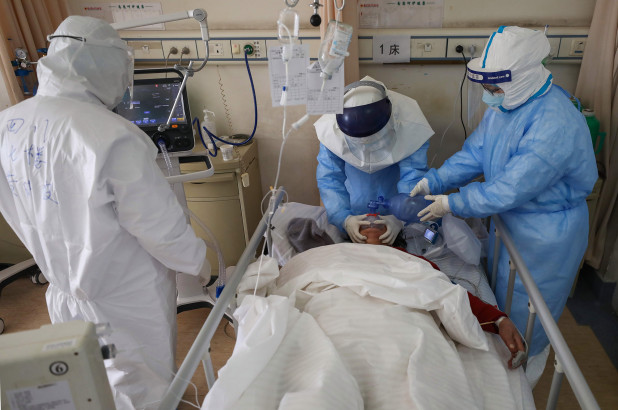 (NEW YORK POST) – More than 500 inmates have been infected by the coronavirus in prisons across China, prompting the firing of several officials, according to reports Friday.
In Hubei Province, where the illness emerged late last year, 271 cases were reported, mostly at the Wuhan Women’s Prison, Justice Ministry official He Ping told reporters, according to Agence France-Presse.
Its warden was dismissed for failing to prevent the outbreak, local newspaper Hubei Daily reported.
In Shandong Province, seven guards and 200 prisoners at the Rencheng lockup tested positive, officials said. Local justice official Xie Weijun said seven officials were fired for the outbreak.
“The implementation of our prevention and control measures have not been effective,” said Wu Lei, head of the province’s prison administration.
And in Zhejiang Province, 34 additional cases were confirmed at the Shilifen prison, leading to its director and another official to be ousted.
A police officer had “deliberately concealed” information about a visit to the epicenter city of Wuhan in January and continued to work at the prison, Zhejiang justice official Xu Xiaobo said.
“The policeman… was diagnosed with new coronavirus on Jan. 29. He had worked long hours and has come into contact with many people, causing many prisoners to become infected,” Xu said, according to AFP.
“All the cases were imported cases. All patients are observed in isolation, and all confirmed patients are sent for treatment,” he added.
As of Friday, the total number of coronavirus deaths was at least 2,200, all but 11 in mainland China, with more than 76,600 infected.

Soccer player reappears years after everyone thought he died