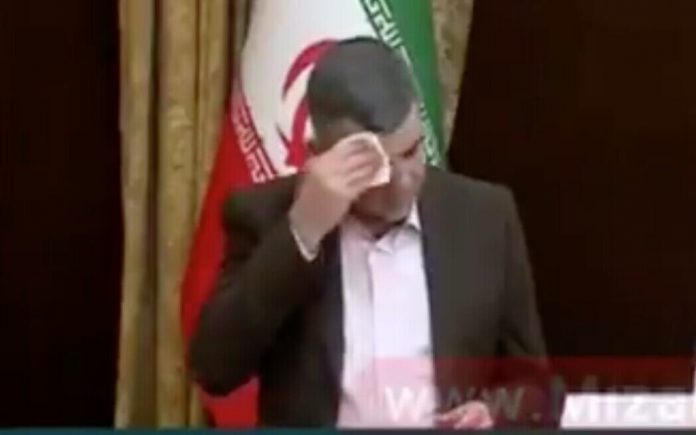 (AFP) — Iran’s deputy health minister confirmed on Tuesday that he has tested positive for the new coronavirus, amid a major outbreak in the Islamic republic.
Harirchi coughed occasionally and appeared to be sweating during a press conference in Tehran on Monday with government spokesman Ali Rabiei.
At the time he denied a lawmaker’s claim that 50 people had died from the virus in the Shiite shrine city of Qom, saying he would resign if the number proved to be true.
In a video broadcast on state television, the deputy minister put on a brave face as he admitted he was infected.
“I too have been infected with coronavirus,” Harirchi said in the video apparently shot by himself.
“I had a fever as of last night and my preliminary test was positive around midnight,” he said.
“I’ve isolated myself in a place since. A few minutes ago, I was told that my final test was final, and now I am starting medication.