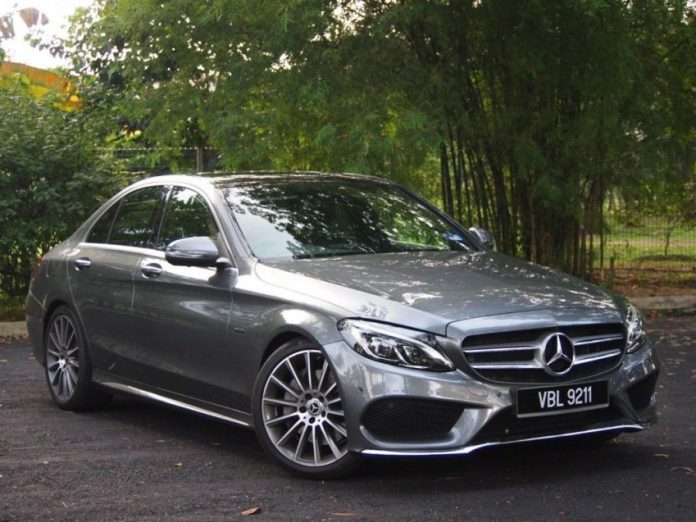 A man who is seeking a separation from his wife is not prepared to return a Mercedes Benz he said he received as a gift from her father.
In a letter from his attorney, Kevin Bissoondath, denied that he held any property on behalf of his father-in-law, Ranjan Seegobin Singh.
Bissoondath’s attorney Abayomi Ajene wrote to Singh’s lawyer, stating: “Further my client contends that there was no agreement of any kind between your client and him with respect to the motor vehicle identified.”
In his letter, Singh’s attorney Stephen Boodram, stated that there was an arrangement between Singh, a businessman, and Bissoondath, an engineer, for the car to be imported in Bissoondath’s name. He said that Singh paid the necessary fees including the purchase price, customs and excise charges, value added tax (VAT) and all other expenses for the car.
Singh claimed that last year July, due to differences between Bissoondath and his wife, Bissoondath took the $700,000 C-350 Mercedes Benz from Singh’s premises without consent.
“Since then you have refused, failed and/or neglected to return the said Mercedes Benz to my client despite repeated requests to you to do so.”
The son-in-law has also been accused of failing to transfer the high-end vehicle to Singh’s name. It was stated in Boodram’s letter, “Take notice that unless you return the said Mercedes Benz motor vehicle to my client forthwith, which you hold on trust for my client, legal action will be taken against you in the High Court of Justice for recovery of the said motor vehicle.”
In response however Ajene said that Singh opting to purchase a vehicle for himself in the name of a third party “raises troubling questions as to his possible rationale.”
It was stated that until 2019, Bissoondath lived in a separate house on the fenced compound owned by Singh, and located next to Singh’s Penal home.
In August 2017, Bissoondath’s car was beyond repair following an accident.
Ajene wrote to Boodram stating: “In or about October 2017, your client offered to purchase a new motor vehicle for mine as a gift.
“My client accepted the said offer and arranged for the purchase and importation of the said vehicle for which your client paid. In accordance with your client’s promise to purchase the motor vehicle for mine, an application was made for the registration of the said vehicle in my client’s name on or about 14th March 2018.”
Ajene said that since receipt of the vehicle around January 2018, it was in Bissoondath’s “exclusive possession” and was used solely by him.
The lawyer added, “Regrettably, it appears that my client’s decision to petition the court to dissolve his marriage to your client’s daughter, has motivated your client to rescind his gift of the said motor vehicle. However, as you are doubtless aware, this does not constitute a cause of action against my client and indeed none is disclosed in your aforementioned letter. My client is therefore obliged to retain possession of his motor vehicle.”