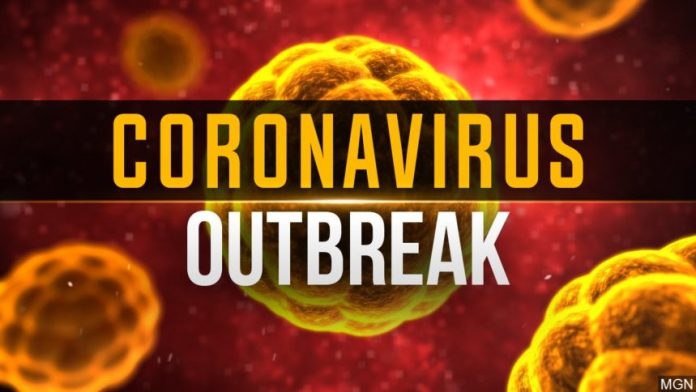 Venezuela on Friday confirmed its first two cases of coronavirus amid concerns that the economically struggling South American nation is unprepared to confront a pandemic that is spreading rapidly around the globe.
“We are declaring a state of alarm,” President Nicolas Maduro said in a televised appearance Friday night, urging Venezuelans to take precautionary measures and asking those over 65 to stay inside.
Speaking with a blue mask covering his mouth, he encouraged people to wear face masks – even if it means making their own – and said no one would be allowed to board the metro or take trains without one.
Hospitals in Venezuela have lost huge numbers of medical professionals and are so dilapidated that, in some, staff use paint buckets as improvised toilets and reuse surgical gloves. Maduro insisted Vene-zuela is prepared for a COVID-19 outbreak, but health workers have expressed concern that the country’s health system will be quickly overwhelmed.
Maduro said that all restaurants in the country would be permitted to make orders to-go, but would no longer be allowed to serve patrons on-site, along with bars, clubs and movie theaters. He added that he was evaluating whether or not to suspend work.
Earlier in the week, he suspended flights from Europe and Colombia and said public gatherings would be canceled.
Vice President Delcy Rodriguez said earlier Friday that schools will be closed as of Monday.
Rodriguez said the two people with confirmed cases of COVID-19 had arrived from Spain and had been placed in quarantine. Maduro added that those who had come on the flight were also in quarantine.
Earlier in the day, shoppers flocked to pharmacies in search of hygiene products such as alcohol to sanitize hands, which is a struggle due to lack of running water that has resulted from the decay of public services.
“People in Venezuela are accustomed to crisis situations, we move quickly in reaction to anything that happens,” said Juan Silva, 23, a chef who shopping at a Caracas pharmacy for soap and hand gel.
He said he wasn’t overly worried about the disease due to the low mortality rate, but added “I don’t trust the government as a source of information.”
Maduro says his government has been hindered in fighting the virus because U.S. sanctions, meant to force him from office, have led banks and foreign businesses to refuse services.
The Pan American Health Organization said last week it would be prioritising Haiti, Venezuela and a handful of other Central and South American countries who have “challenges to their health systems.”
Hania Salazar, head of the nurses’ association for the western state of Zulia, said hospitals are not even guaranteeing that employees will have access to face masks.
Interior Ministry Nestor Reverol on Friday said the government would provide border control authorities with face masks, gloves and thermometers, without mentioning supplies to for citizens and hospitals.
On the street, citizens were already figuring improvised ways to handle the situation.
Neima Arocha, 46, managed to buy the last bottle of cough suppressant at a Caracas pharmacy but got there too late to buy alcohol for hand sanitation.
As a substitute she planned to buy cocuy, an artesanal cactus liquor similar to tequila.
“There’s no (rubbing) alcohol,” said Arocha. But in the liquor stores they still have all kinds of things.”
CARACAS/MARACAIBO (Reuters)