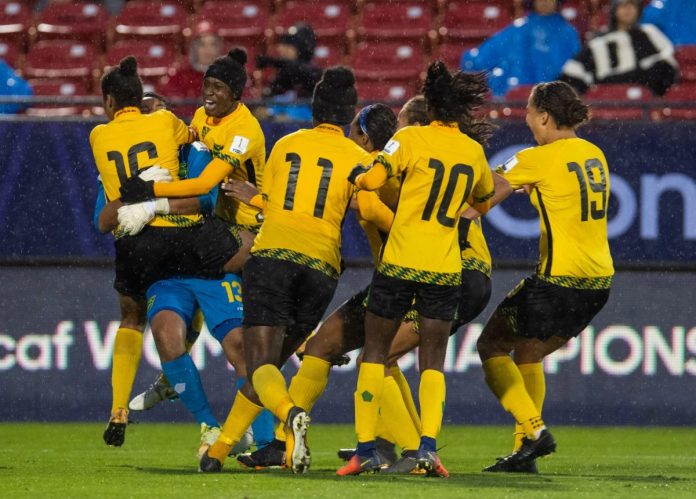 As the world continues to grapple with the blow of the novel coronavirus disease (COVID- 19) outbreak, Reggae Girlz defender Sashana “Pete” Campbell fears being trapped in Israel, as her window of opportunity to flee the Middle Eastern country is rapidly closing.

Campbell, who plies her trade for Maccabi Kishronot Hadera FC in the Israeli First Division and Women’s Cup, is bound by contract, and as such, has to stay put pending further developments related to the current health emergency and its impact on the league.

The Israeli government on Monday imposed tighter restrictions on both the public and private sectors as the number of confirmed cases in the countryclimbed to 298.

Campbell, a native of Manchester, situated in west-central Jamaica, is eagerly awaiting the green light to return home to family members, who she says are all taking the necessary precautions to remain safe with 15 confirmed cases in the island so far.
“I just want to get home because the league has been on break for the last two weeks, and as soon as we were about to resume, they postponed it again. They had a meeting with Fifa, but nothing came out of it about our league, so we are still in waiting, but my main concern is that the flights are closing fast and I just don’t want to be stuck here,” Campbell told the Jamaica Observer on Monday.

“So far there are no confirmed cases in my area, so I am not really scared right now, but overall the cases are growing. So, like I said, my biggest fear is getting stuck here while not knowing when this thing is going to get better,” she added.

Despite that, Campbell, who was a part of the historic Reggae Girlz team at the Fifa Women’s World Cup in France last year, pointed out that she has been finding ways to stay match-fit and ready, while following health protocols through this period of uncertainty.

“I have just been working out at home, checking the news constantly and scanning flights on a regular basis.I hardly go outside, but I have roommates though and they go out more than I do, so I have just been washing my hands and constantly cleaning areas that are frequently touched and all,” Campbellreasoned.
She continued: “We just need to take care of each other, stay informed and follow protocols to help protect ourselves and others because this virus is no joke.

“It is not the end of the world, life goes on, but based on how things are going, it all depends on how we take care of our health and surroundings. I always say, ‘we can’t help everyone, but everyone can help someone’, so panicking will do us more harm than the virus,” she noted.
That said, Campbell expressed some disappointment with how things played out for her team this season. The 29- year-old centre back has two goals to her name so far.

“The season started off really bad for us, but we got it together in the latter part to finish with some good points, but fell short on goal average which wasn’t good enough to get us in the championship play-off. But we are still in the final eight of the Cup though, which is good,” Campbell noted.
Meanwhile, another Reggae Girl defender, Deneisha “Den Den” Blackwood, who represents Slavia Prague in the Czech First Division, is also in wait-and-see mode as that country has also been under quarantine with 239 confirmed cases.

“The language barrier is really difficult for me, so I struggle to follow the news here at times, but a few of my teammates have been in quarantine because of their interaction with other teammates from Italy during the recent international break.
“So most places are on lockdown and we aren’t allowed to go outside without wearing a mask. I really want to leave, but I have to wait until they give me the go-ahead to do so,” Blackwood told the Observer.
Unlike Campbell, Blackwood is more in the know, as her team is expected to be back in training on March 24 when the national quarantine is supposed to be lifted.

“As for now we are scheduled to do training stuff when the quarantine is lifted, but things change every day and so we get updates on those changes relating to team activities and so on.
“So I am just trying to protect myself as best as possible by staying inside as much as I possibly can and ensuring that I constantly wash my hands and also eat right and staying hydrated until this thing passes…whenever that is,” the 23-year-old left-back shared.
(Jamaica Observer)