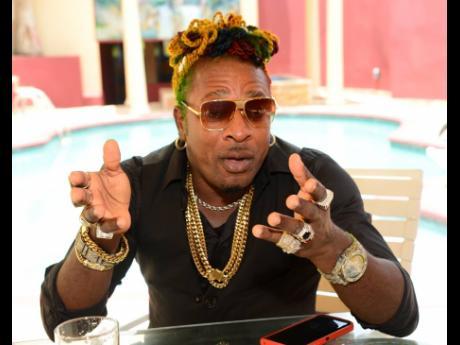 Dancehall artiste, Elephant Man , whose given name is Oneil Bryan, has been charged with breaches of the Immigration Act.
A team from the Counter-Terrorism & Organised Crime  Unit (C-TOC) visited the entertainer’s home and served a summons on the entertainer.
Last week, the artiste was accused of lying on his immigration form by failing to declare that he had visited countries affected by the coronavirus.
An immigration officer said that when Elephant Man arrived at Sangster International on Tuesday night, on a flight from Brussels, Belgium, he declared on his form that he was Amsterdam in the Netherlands. She said that he was asked whether he was in Germany and the entertainer said no, and neither did he declare it on his form.
He later apologised to the airport staff, health minister Dr Christopher Tufton and the people of Jamaica for potentially exposing them to the new coronavirus.
Health authorities last  Thursday visited the upper St Andrew home of dancehall artiste Elephant Man, tested him and ordered him to remain within his premesis for 14 days.
Bryan is to appear in court on April 15, 2020 to answer to the charges.
(Jamaica Star)

Man jailed for stealing masks from hospital amid coronavirus crisis

CDC: For the Love of God Do Not Go on a Cruise