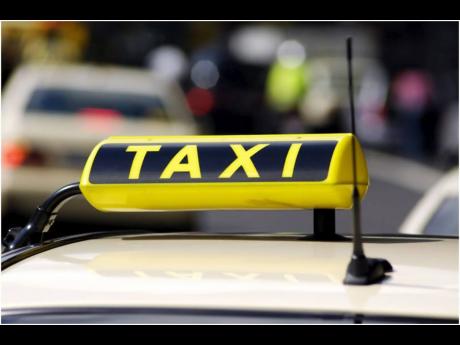 A 47-year old taxi operator from Ocho Rios, St Ann was slashed in his face by a knife-brandishing man because he dared to sneeze as the man walked by.
The cabbie, Jhonny, who was attacked last Wednesday, said the man was given station bail within minutes of being arrested.
However, this could not be confirmed by the police at press time as the Corporate Communications Unit said it had no knowledge of the matter.
The cabbie said that when he reported the matter to the Ocho Rios police, he was very weak and was unable to wait for a recepit.
T HE STAR was told by an officer at the station yesterday that the investigating office was not at work.
Meanwhile, Jhonny, while recounting the incident, said that he was standing at a gas station in Ocho Rios when a man who was wearing a strong-fragranced cologne walked by.
HIS SINUSES
According to the taxi operator, the cologne triggered his sinuses, causing him to sneeze.
“I step back about three feet and sneeze, and him turn back and ask me ‘Wah dat you just do man?’ And I tell him that boss, you cologne stink up in my nose and cause me to sneeze,” Jhonny told THE STAR.
He said that the man brandished a knife and slashed him in his face.
“I went to sit in my car and him come up to the window and ask me wah me just do, and I tried to explain my self again. By the time I took my eyes off him to put down two oranges in my car, I just feel sumpn sting me on my jaw and I just knock out right there, I don’t know anything else. The police say a me drive myself to the station but I don’t remember that,” Jhonny told THE STAR.
He said that since the incident, it has been even more difficult for him to provide for his family. He said that having lost plenty of blood, he is scared to drive, and so he has been forced to take a break from the taxi business.
“It is very hard because our work is not that we have a big money put down, it’s just a hand-to-mouth, and me have three sons. Right now I’m at my sister’s house and a food me come here come look,” he said.
The attack on the taxi driver is yet another in a series on incidents that involve people being abused because they either sneezed or coughed, synptoms associated with the new coronavirus. Last month, A 38-year-old farmer from Bethel Town, Westmoreland, said that he was beaten and thrown off a bus, after he sneezed multiple times and was accused of carrying the deadly COVID-19.