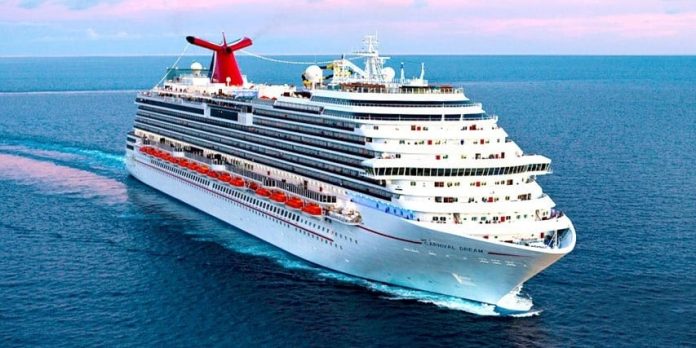 It’s the last thing they had hoped for: two rejections in as many weeks.
But that’s the reality for a group of 45 heartbroken Jamaican ship workers who are among hundreds aboard the Marella Discovery 2, which has now been denied docking in Portugal.
Just over a week ago, the Jamaicans were also refused landing in Kingston amid restrictions on all incoming passengers as part of the new coronavirus containment measures.
The Gleaner understands that the crew is now turning to the United Kingdom for refuge and will be seeking to dock in Southampton.
“I feel so sad,” said the mother of one of the Jamaicans yesterday on learning of the development.
The woman, whose name has been withheld, said this misfortune has renewed the pain she felt two Thursdays ago when the Jamaicans were denied landing in Kingston.
“Jamaica is their home, and they shouldn’t turn them back,” said the woman, who is in her 70s.
Since then, it has been a daily struggle for the retiree to cheer up her husband at home and their daughter hundreds of miles away on the seas.
“I am depending on the Lord for them,” she said.
On Sunday, Health Minister Dr Christopher Tufton, speaking on ‘That’s a Rap’ on Radio Jamaica, said that his information was that the captain had withdrawn the request for landing in Jamaica.
However, he could not immediately say whether the withdrawal was made after the captain decided to pull out of Kingston.
Meanwhile, Opposition Spokesman on National Security Fitz Jackson has called the policy of the Government “unconscionable”.
“This latest action of the Government adds to a troubling trend where Jamaican citizens are abandoned on foreign soil without assistance, as was the experience with our fishermen, who were treated as slaves and left to the whim and fancy of others; our students in China, who made their appeal on social media for assistance in returning home; and our hotel workers, who arrived in transit into Barbados but were abandoned at the Grantley Adams International Airport,” said Jackson.
On April 2, the Marella Discovery 2 arrived in Kingston, refuelled, and waited for hours for docking clearance but left a day later when no response came from the Government.
The vessel then went to the Dominican Republic, where its nationals disembarked before it set sail for Portugal.
Last week, Prime Minister Andrew Holness declined to say whether the Government would be seeking to assist the 45 Jamaican ship workers.
However, he said the Government was considering the controlled re-entry of Jamaicans overseas, who would be subject to mandatory state quarantine.
Holness said the returnees would also be expected to contribute to the bills for the hotels where they would be held.
“Hotels are not free, neither are the meals,” the prime minister said during a virtual press briefing at Jamaica House.
(Jamaica Gleaner)