Norwegian Cruise Line may go out of business 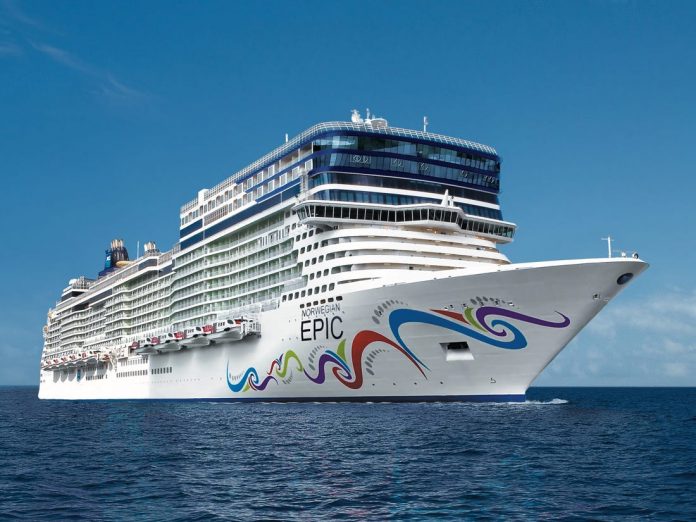 Norwegian Cruise Line Holdings warned investors Tuesday that it might be forced to go out of business, as tries to raise the money it’ll need to weather the coronavirus crisis.
In a filing with the Securities and Exchange Commission Tuesday, the company said its accounting firm has “substantial doubt” about Norwegian’s ability to continue as a going concern because of the Covid-19 pandemic.
Companies with this kind of dire outlook are sometimes able to turn things around and survive, although it often takes a trip through bankruptcy to shed debt and other liabilities in order to do so.
To that end, Norwegian announced that it arranged to borrow $400 million from investment firm L Catterton through notes due in 2026.
“The cruise industry has been very resilient over a long period of time,” said Scott Dahnke, co-CEO of L Catterton, a consumer-focused private equity firm. “The industry has overcome numerous challenges in the past, and we expect that the industry will rebound and prosper with even further enhancements to their already rigorous health and safety protocols in place in the future.”
rwegian also announced plans to raise nearly $1.35 billion more in a private placement of other notes due in 2024, and up to $400 million more through the sale of additional shares of stock. Altogether that should provide the company with $3 billion in additional cash reserves, according to a company release.
“This strengthens the company’s financial position and ensures it is well positioned to withstand well over 12 months of voyage suspensions,” said the company statement. “While this is not the company’s base case expectation, the company has taken a proactive approach to protect its future given the significant uncertainty and unknown duration of the Covid-19 global pandemic.”
Investors were unconvinced. Shares of Norwegian (NCLH) plunged 19% in morning trading following the filings. Other cruise lines, such as Royal Caribbean Cruises (RCL) and Carnival (CCL) were each down at least 4%.
What's in store for the cruise industry?
What’s in store for the cruise industry?
Despite its name, Norwegian is a Miami-based company that operates the Norwegian Cruise Line, Oceania Cruises and Regent Seven Seas Cruises brands. Those lines have a combined fleet of 28 ships with nearly 60,000 berths among them. The company said Tuesday that it still intends to go forward with plans to add nine ships to its fleet through 2027.
The company said it is also making significant cost cuts. Last week it announced the furlough of 20% of its on-shore staff, and the remaining employees will have their hours and pay reduced 20%. As of year-end 2019, the company had 4,000 on-shore employees and 32,000 working aboard its ships.
Norwegian suspended sailings of all its fleets on March 14 amidst an industrywide shutdown that has been extended through at least June 30.
The cruise industry has been hit particularly hard by the pandemic as there were several high profile ships with multiple people testing positive for the coronavirus. Many died from the disease.
Some ships had difficulty finding ports where they could discharge their passengers.