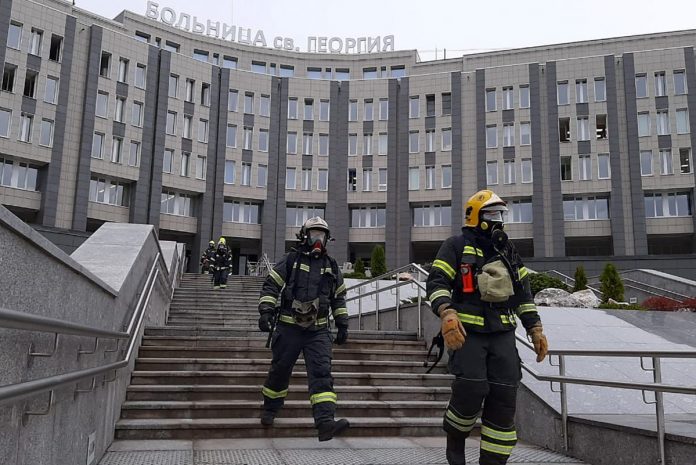 A fire apparently started by an overloaded ventilator killed five novel coronavirus patients in an intensive care unit in a Russian hospital today, news agencies reported.
Russia’s emergency ministry confirmed the death of intensive care patients in a hospital in the city of St. Petersburg but did not say how many people had been killed.
“Ventilators are at their limit. According to preliminary data, there was an overload and the machine ignited, which caused the fire,” one source told the Interfax news agency.
The emergency ministry said 150 people had been evacuated from the hospital.
The number of new cases of the coronavirus in Russia rose by 11,656, as of Monday, a record daily increase, bringing the official total to 221,344.
Only Britain, Spain and the United States have recorded more cases.
On Saturday, one person was killed after a fire broke out at a Moscow hospital treating patients infected with the coronavirus.
MOSCOW, (Reuters)

Kenyan Man Charged With Plotting 9/11-Style Attack On US