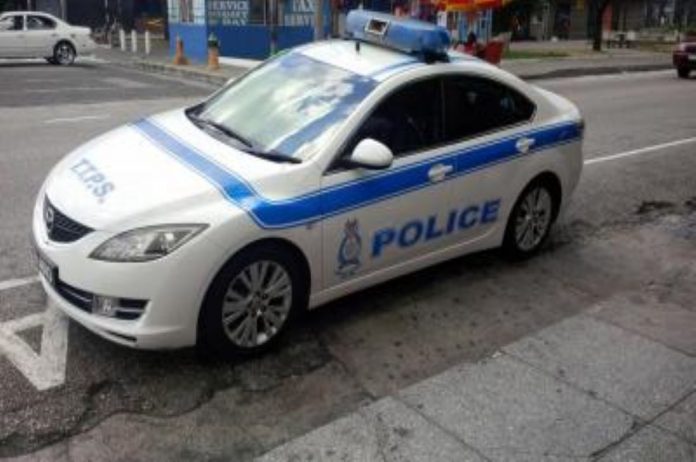 (Trinidad Express) A Barrackpore man who was convicted of the unlawful killing of a woman 16 years ago walked into the police station on Wednesday and allegedly confessed that he had killed another woman.
The 51 year old man went to the police station around 8.30 a.m. when he allegedly told officers that he beat and strangled his wife.
Police said the man smelled of alcohol when he allegedly confessed that the killing happened at his home after an argument that turned into a physical fight on Tuesday night.
Befoe going to the police, the suspect went to the parents’ home of the deceased, Tricia Ramsaran-Ramdass, and allegedly told her father that he had strangled her.
The man was detained by police officers and returned with them to the house at Sukhan Trace where he showed them the body of Ramsaran-Ramdass.
Police said the body was found nude in a bedroom, and there were marks of violence on the face and neck.
Ramsaran-Ramdass’ mother, Sheila Ramsaran, said her daughter, who would have turned 38 next month, and had suffered years of verbal, mental and physical torture at the hands of the suspect, with whom she shared a relationship for five years.
Ramsaran said her daughter met the suspect when she travelled from their home at Rookmineah Trace, to work at Modern Caribbean Enterprises at Gulf City where she was employed in sales.
She said the suspect worked the San Fernando to Barrackpore route as a ‘ph’ taxi driver.
Ramsaran-Ramdass, a mother of one, moved in with the suspect at his home, but quickly learned that he was violent when he drank alcohol.
Ramsaran said there were numerous incidents of domestic violence and her daughter returned to her parents’ house.
She said her daughter would report the incidents to the police, but then returned to the relationship after forgiving the suspect.
Speaking to the Express outside the Barrackpore Police Station, Ramsaran recalled the torture her daughter suffered over the years.
“It is about five years that she kept running from him. She would run by me, and he would beg her then she would go back to him. He was always drunk. He used to tell her that he loved her. And then after he wanted to chop her up”.
Ramsaran said on Wednesday morning, the suspect came to her house and allegedly told her husband that Ramsaran-Ramdass was dead.
“He told my husband, ‘I killed your daughter. I strangled your daughter’. And he walked back out and apparently he came to the police station and gave up himself”, the mother said.
Ramsaran said that many times her daughter fled the relationship, and her last time was about a month ago when fled as she witnessed the suspect committing a violent act.

Two to stand trial in Trinidad for murder of British couple