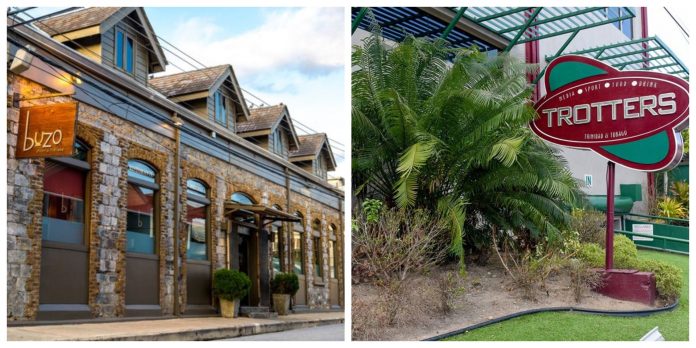 s the restaurant industry battles through the seventh month of COVID-19 restrictions, several owners say unless the Government eases restrictions soon, low revenues may force them out of business by November. Prime Minister Dr Keith Rowley will give an update on any possible ease in public health measures on Saturday.
However, Trent Restaurants Ltd CEO Peter George says the economic impact has already taken its toll.
In a telephone interview yesterday, George said while he acknowledges T&T, like the world, is experiencing a public health crisis, there is an economic and social crisis at hand. He said the issue is not the restrictions but the prolonged period of not having customers dining at restaurants. With sales not meeting expenditure, he said if Government does not ease restrictions, his company, which operates Buzo Osteria Italiana, Trotters, Amara and Tommy’s Brewing Company, will have to decide which other companies to close. (See page 15)
He said this will result in further job losses, as the company temporarily laid off approximately 45 employees when it closed its Blue Star Diner in September. The company also invested in opening Trotters at Gulf City Mall, San Fernando, on August 15, the same day Government announced the reintroduction of restrictions.
“The industry is heavily affected for the year and businesses are down by more than 70 per cent. After eight months of these restrictions, it is very difficult to continue,” George said.
“The bigger issue is not just that it lasted over seven months but that it is going to be two years of decline and the contraction may be one that is not recoverable. We do not know when the economy will recover and we heard the war stories about restaurants all over the world.”
He added, “We employ over 300 people and the hospitality and entertainment industry; the restaurants, the hotels, bars and clubs employ about 80,000 people, all being heavily affected. The challenge we face is really beneath the surface and after eight months, if this does not change imminently, I do not know if we can continue. The losses are catastrophic.”
George said there was no specific sector to blame and curtailing the virus was about individual responsibility.
“I think we did a good job in curbing the virus and now we have to say eight months later, we have to learn to live with it. This virus could be here for another year, three or ten. We have to live with it and balance safety and sanity.”
He called for historic intervention, saying the Government should meet with banks to discuss government-backed, low-interest loans to help businesses recover to sustainable levels.
But Trent Restaurants is not alone.
Bal-Tar-Zzar Restaurant director Bal Sawh said if Government extends dining restrictions, he will have to consider the future of his Couva business.
“All I am doing right now is trying to stay afloat to keep my staff paid,” Sawh said yesterday.
Noting customers preferred in-house dining, Sawh said they too suffered a revenue shortfall of 60-70 per cent in the past seven months.
“It is not the same experience, the socialising and the camaraderie you get with relaxing with a meal. We reduced staff and we have them on a rotation so at least everybody gets a little bit. Personally, as proprietor, I have not been making money. All I can do is order stock and pay bills. I had to take out of my personal savings to keep afloat,” Sawh said.
As for the recovery of the restaurant industry, Sawh believes there should be some stimuli, adding Government could consider the taxation system on businesses and pay VAT refunds on time.
One of South Trinidad’s most popular restaurants, Soong’s Great Wall, also reported a 70 per cent decline in business. The San Fernando restaurant remains open for takeout and delivery services but proprietress Anna Soong-Johnson said the second closure had affected them more than the first.
“We have never experienced anything like this. The entire economy has been negatively impacted by the pandemic and the hospitality industry is one of the worst-hit sectors,” Soong-Johnson said.
“We are doing our best to rotate our rosters so everyone who wants to work can get a couple of shifts in, but it has been challenging with such a significant decrease in business. Thankfully, our kitchen remains fully staffed due to our takeaway business. For the sake of our staff and our customers, we hope indoor dining returns in some capacity – even with lesser capacity.”
Co-owner Johnny Soong, however, said citizens’ safety remains first and foremost.
“We continue to be guided by science and the leaders. It is not a normal situation, but we are very cognizant that it is about the preservation of life. We are not joining the line to say that we must open at all cost,” Soong said.
While some restaurants benefit from the Christmas period, Soong believes COVID-19 has diminished people and companies’ disposable income and it will take some time before the economy recovers.