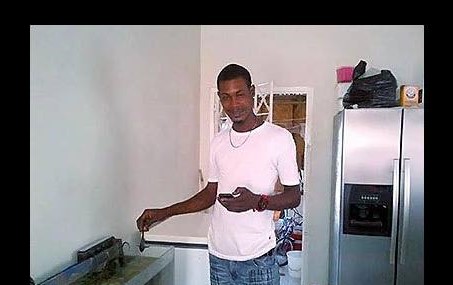 (Jamaica Star) Sackeno ‘Nico’ Ross, 30, mysteriously fell ill last Monday at his home in Rae Town, Kingston, with swellings all over his body and bruises all over his chest.
On Tuesday, he died after more than a week of pain. Relatives say Ross, a father of two, went to bed on Sunday night, and woke up in pain the following morning.
“Him say him dream see four police a run him dung. And him run in a one house and slam the door and tell one of the police bout him mada. And when him wake up, him chest and him foot swell up big! Him neck swell big! And him a cough blood,” Tashique Ross, his sister told THE STAR. “Me bring him go St Joseph’s Hospital first. About two days after, me bring him go Kingston Public Hospital. Dem seh nothing nuh do him. Suh him tell we fi bring him up a him grandmother in St Thomas.”
Ross’s grandmother theorised that he was being beaten by four demons. According to Tashique, she said that “the four police dem ina the dream a the four demon. And when him slam the door pon the police, a the fuss lick that him get inna him chest. Him get the dream but him couldn’t figure it out. Dem set duppy pon him.”
VICTIM OF OBEAH
Relatives now believe that Ross, who was a construction worker, and who to their knowledge was healthy, was the victim of obeah workers.
“People nah go believe. But a four duppy kill him. A nuh gunshot or so. Them send four duppy fi beat him and kill him. Me feel it! Him dead ina him granny bed up a country. Him granny pick it up seh a duppy a beat him go up deh, but it did too late. Now that him dead, every swell gone down,” said Nalda Simms, Ross’ niece-in-law told THE STAR.
A family friend and neighbour said Ross was beloved in his community because that’s where he was from. “Even now the whole community still a bawl fi him. Right now as me a talk, cold bump a tek me. Me feel it! Me a 40 and me neva believe ina dem things here but me believe now,” he said.
Family physician Dr Alverston Bailey says he hasn’t seen any similar cases throughout his practice.
“I have never seen anything like this. In my 40 years of practice, I’ve never heard of anyone who died because of visitation from demons. I am going to be tempted to think that the person sustained some injuries. It suggests that he received multiple traumas. Whether or not they were inflicted by the living or the dead, I can’t comment on that part,” he said.