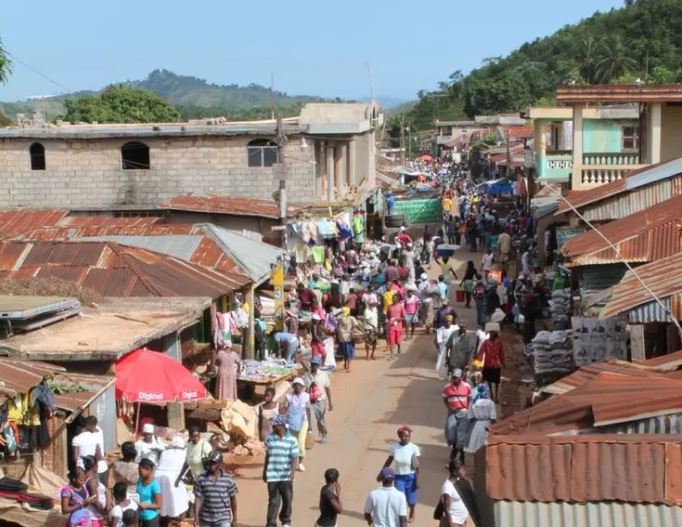 Along Haiti’s southeast, about 25 miles from Jeremie, lies the mountainous town of Beaumont. The small palm tree-lined town of 12,486 inhabitants is a beacon for families from surrounding villages looking to educate their children. But lately, it has become a nightmare. That town is where at least 84 high schoolers became pregnant, most of them when schools shut down between April and August because of the novel coronavirus.
Gerald Guillaume, a coordinator with anti-child trafficking group Idette, said some of the students got impregnated from having consensual sexual relationships with other minors but in most cases, prominent men coerced less fortunate women and girls in the area.
“The girls who came from rural areas to attend school were vulnerable,” Guillaume said. “They couldn’t handle the pain of being hungry anymore, and that was an opportunity for men to take advantage of them and abuse them sexually.”
Sexual abuse and sexual assault of women and girls have reached crisis levels in Haiti. Just two weeks ago, FIFA banned Haiti’s ex-soccer president Yves ‘Dadou’ Jean-Bart from the sport after he was found guilty of sexually coercing players, including several minors. More Haiti soccer officials and some male athletes are suspected of abusing players.
However, during times of humanitarian crisis such as war, famine and pandemics, the number of abuses tends to increase significantly, followed by a rise in unintended pregnancies, according to human rights advocates. In April 2020, UNFPA, the United Nations sexual and reproductive health agency, predicted 7 million unintended pregnancies in low and middle-income countries during the first six months of the pandemic.
In Haiti, the prediction has come to pass in towns like Beaumont. It appears as if Idette is on pace to record more sexual abuse cases of minors in the Grand’Anse department, where Beaumont is located. In 2019, Idette documented 114 cases of rapes on minors across the region’s 13 communes. As of mid-April, the organization has recorded over 30 rape cases involving minors.