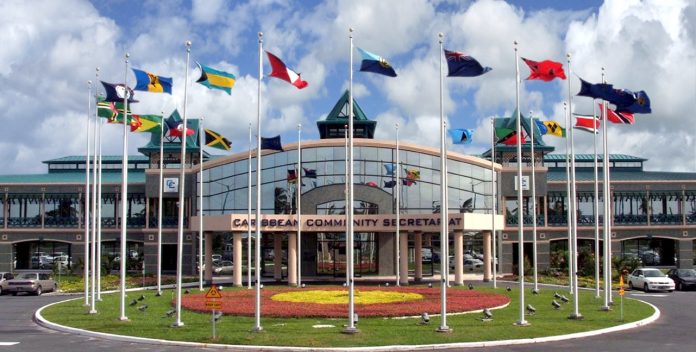 GEORGETOWN, Guyana (CMC) — The Caribbean Community (Caricom) on Tuesday said it was “deeply disappointed and concerned” by Venezuela’s announcement of a plan to establish a new territory in the area over which it is embroiled in a dispute with Guyana.

In a statement issued as Caricom leaders met virtually for their 13th Special Emergency Meeting, the regional grouping said it “firmly repudiates any acts of aggression by Venezuela against Guyana” and reiterated, “in the strongest possible terms, its firm and unswerving support for the maintenance and preservation of the sovereignty and territorial integrity of Guyana”.

The statement came on the heels of Venezuela’s President Nicolás Maduro last Thursday issuing a decree to establish a new “Territory for the development of the Atlantic Facade” in the Essequibo Region which Caracas has claimed and which is at the center of its decades-old border dispute with Georgetown.

“I approve the creation of the territory of the Venezuelan Atlantic front, approved, run and be fulfilled, for Venezuela, for the Essequibo, for the national union,” he said during a meeting held in the Miraflores Palace with the Council of State and the Defense Council.

Maduro also stated, on Twitter, that he intended to “reconquer” the disputed Essequibo: “I signed the decree by which the Territory for the Development of the Atlantic Façade of the Bolivarian Republic of Venezuela is established, which becomes part of the legal, diplomatic and political actions for the defense of our rights for more than 200 years.”

“That territory belongs to the Venezuelan men and women and we are going to reconquer it,” he said in another tweet.

The Guyana government subsequently rejected the decree, and the statement issued by regional leaders on Tuesday gave full support to the Caricom member state.

“Caricom is deeply disappointed and concerned at the decree and subsequent statements by Venezuela with respect to that country’s border controversy with Guyana, including intimations of the creation of a strategic area of national development called “Territory for the Development of the Atlantic Façade,” it said.

“The Caribbean Community is in full support of the judicial process underway at the International Court of Justice (ICJ) which is intended to bring a peaceful and definitive end to the long-standing controversy between the two countries.”

Last month, the ICJ ruled that it had jurisdiction to hear the long-running dispute and the merits of Guyana’s argument that an 1899 arbitration that established the border between the two countries is valid.

However, Venezuela rejected that decision, saying that the court is incapable of reaching a practical and satisfactory settlement. It is adamant that the Essequibo, a territory of 159,542 kilometres with oil, gas, mining and forestry resources, belongs to Caracas.