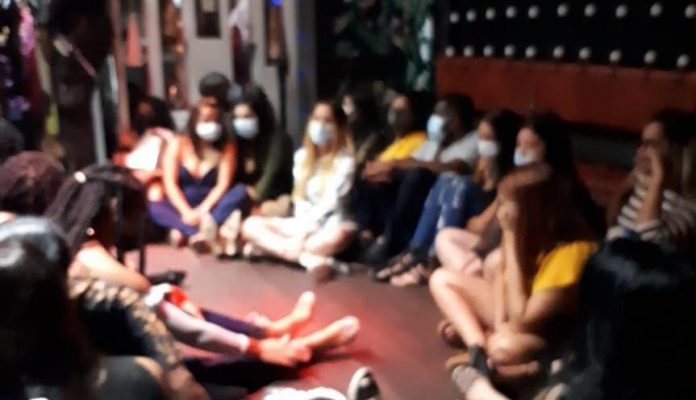 Over 70 people, including children, were detained at a nightclub in One Woodbrook Place this morning.

They were detained in connection to alleged breaches of the Public Health Ordinance, as it pertains to operating a facility in contravention of the listed regulations.

At about midnight, police received intelligence that an event was ‘in full swing’.

When officers arrived at the scene, they observed a large gathering of persons who were not socially distancing, nor wearing masks as prescribed under the Ordinance.

As a result, the group was detained.

Th operation was led by officers of the Western Division led by Snr Supt Thompson and ASP Henry, with assistance from the Special Operations Response Team.

St. Vincent jump from one to seven COVID-19 positive cases in just over 48 hours