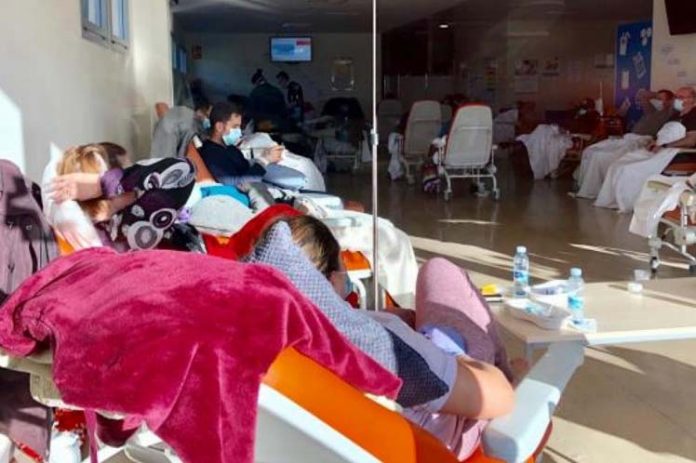 Mexico’s health ministry reported 18,670 new confirmed cases of coronavirus infections and 1,506 additional fatalities, bringing the total number of cases to 1,825,519 and deaths to 155,145.

The latest total death toll in India, a country with a population more than 10 times that of Mexico’s 126 million inhabitants, stood at 153,847, according to a Reuters tally.

When adjusted for deaths per head of population, Mexico’s toll is lower than those of several other countries, including the United Kingdom, the Czech Republic, Italy, the United States, Peru and Spain, according to data published by Johns Hopkins University.

Mexico’s ballooning death toll underscores its struggle to contain the pandemic, which is worsening despite government restrictions on movement and commerce.

In Mexico City, hospitals are nearing capacity and a shortage of oxygen tanks has complicated the treatment of patients. Mexican President Andres Manuel Lopez Obrador, who announced on Sunday he had tested positive for the coronavirus, was improving and in good spirits, Deputy Health Minister Hugo Lopez-Gatell said at a regular news conference on Thursday.

“The president is practically asymptomatic and is also extremely active,” Lopez-Gatell said.

Lopez Obrador, 67, has been isolating since announcing his diagnosis, though he continues to work, officials have said.