Bolsonaro criticizes the use of facemasks against Covid-19 in Brazil 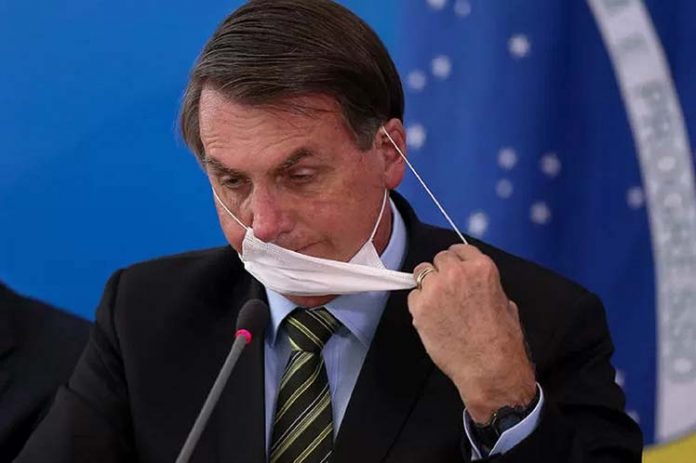 President Jair Bolsonaro on Friday once again discouraged the use of protective facemasks against Covid-19 in Brazil, citing a German survey questioned for its lack of seriousness and scientific rigor.

Without measuring consequences, Bolsonaro named a ‘German university study,’ in reality a mere online survey that had a disproportionate participation of pandemic skeptics.

‘The side effects of the facemasks are starting to appear here,’ the president assured during a live broadcast on social networks.

According to the G1 news website, which quotes a German news agency, ‘no German university has produced any study that draws such conclusion.’

The site ensures that Bolsonaro alluded to the results of an online survey conducted by five researchers from the University of Witten/Herdecke, in the state of North Rhine-Westphalia.