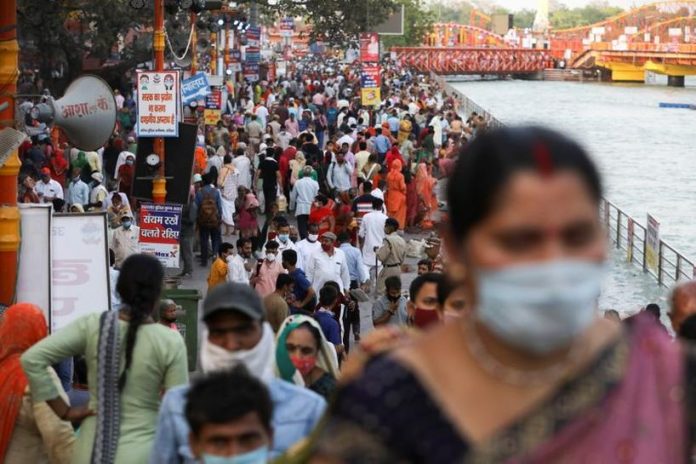 NEW DELHI, (Reuters) – India is to fast-track emergency approvals for COVID-19 vaccines that have been authorised by Western countries and Japan, paving the way for possible imports of Pfizer, Johnson & Johnson, and Moderna shots.

The move, which will drop the need for companies to do small, local safety trials for their vaccines before seeking emergency approval, follows the world’s biggest surge in cases in the country this month.

Vaccines authorised by the World Health Organization or authorities in the United States, Europe, the United Kingdom and Japan “may be granted emergency use approval in India, mandating the requirement of post-approval parallel bridging clinical trial”, the health ministry said in a statement.

“The first 100 beneficiaries of such foreign vaccines shall be assessed for seven days for safety outcomes before they are rolled out.”

India, the world’s biggest maker of vaccines, has administered more than 106 million doses of COVID-19 shots, but many regions are now running short of supplies as inoculations expand due to surging cases.

It is currently using the AstraZeneca shot and a homegrown vaccine developed by Bharat Biotech for its own immunisation drive, and this week approved Russia’s Sputnik V shot for emergency use.

The jump in infections, for which Health Minister Harsh Vardhan acknowledged widespread failure by citizens to heed curbs on movement and social interaction as contributory factors, has prompted calls for the government to cancel huge public events.

But hundreds of thousands of devout Hindus are set to bathe in the Ganges river on Wednesday, the third key day of a weeks-long festival.

Nearly a million bathed in the Ganges on Monday in the belief that its waters would wash away their sins. More than 100 tested positive for COVID-19, in random testing of around 18,000 attendees testing carried out by authorities, local media said.

Few at the mass religious gathering called the Kumbh Mela – or pitcher festival – observed precautions such as social distancing or mask wearing, Reuters witnesses said, and hundreds of thousands more are expected to plunge into the waters in the northern city of Haridwar on Wednesday.

Similar concerns were sparked by mass election rallies by the ruling Bharatiya Janata Party and opposition parties during polls in four states and one federally-run region. At one rally in the eastern state of West Bengal, a key political prize, Home Minister Amit Shah posted Twitter pictures of meetings with crowds of supporters while unmasked.

The second wave of infections, which began in India’s major cities, is increasingly spreading into the hinterland, where healthcare facilities are often rudimentary.

In Raipur, the capital of Chhattisgarh state known for its large tribal population, the main government hospital’s morgue was struggling to keep up with the number of deaths, said joint director Dr Vineet Jain.

“All oxygenated and ICU beds are full in our set up,” he told Reuters.

“Around 50 dead bodies are laying, we have a shortage of space. Some private hospitals do not have space to keep the dead bodies so they also send the bodies to us.”

“There have been elections, religious gatherings, reopening of offices, lots of people travelling, attending social functions, not following rules, little mask-wearing in functions like weddings, even on crowded buses and trains,” he told a video conference last week.

India is currently reporting around double the daily cases of the United States and Brazil, the two other worst affected countries, though its daily death toll is lower.

India’s total infections rank after only the United States, having overtaken Brazil on Monday.