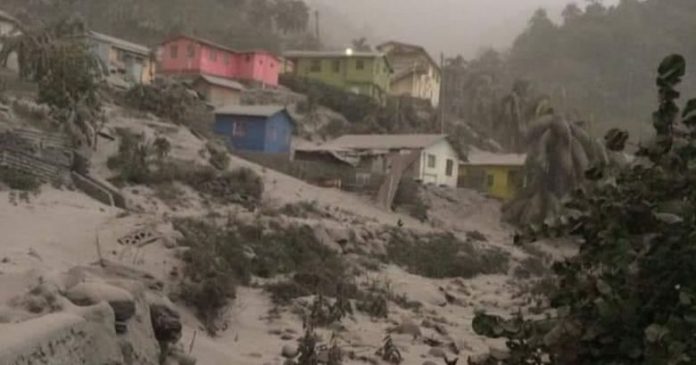 Deputy Prime Minister of St Vincent & the Grenadines (SVG), Montgomery Daniel said the agriculture sector is non-existent on the eastern side of the La Soufriere volcano, which erupted last Friday.

Daniel visited the area on Sunday and reported to Prime Minister Dr Ralph Gonsalves during a talk show on the state-owned NBC Radio on Monday that the devastation reminded him of when Hurricane Thomas brushed SVG five years ago.

“The primary forest area close to the La Soufriere volcano is all gone,” he said. “The farms are basically gone. The tree crops have been denuded. It is only the stems that are standing in some cases.

“Breadfruit, coconuts, mangoes, soursop, all of those tree crops are basically gone. Things such as plantains and bananas, all of those are gone.”

Responding to a question from Dr Gonsalves about the arrowroot crop, which was soon to be harvested, Daniel also painted a bleak picture.

“Whether it is arrowroot, yams, dasheen, ginger, you name it, all have been lost and not a single blade of grass can be seen on these farms, so that it’s an area that has been levelled all across the farms.

“There is not going to be very much food available from that area for quite a long time.”