U.N. asks for $29.2 mln to help after Caribbean volcano eruption 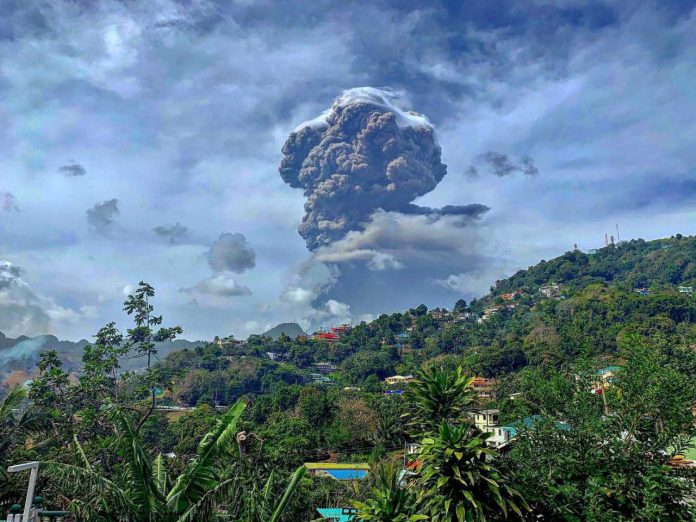 NEW YORK, (Reuters) – The United Nations launched an appeal yesterday for $29.2 million to help some 15,000 people displaced when the La Soufriere volcano on the eastern Caribbean island of St. Vincent erupted earlier this month.

“We are in a dire situation frankly … We’re not out of the woods,” St. Vincent and the Grenadines Prime Minister Ralph Gonsalves told reporters, adding that scientists had warned eruptions could last another six months.

The volcano erupted on April 9 after decades of inactivity, spewing dark clouds of ash some 10 km (6 miles) into the air and prompting the evacuation of thousands of people. The volcano has continued to rumble and vent ash.

Didier Trebucq, the U.N. Resident Coordinator for Barbados and the Eastern Caribbean, visited the affected areas two days ago with Gonsalves and described the scene as “apocalyptic.” He said the U.N. appeal was to scale up assistance for six months.

St. Vincent and the Grenadines, which has a population of just over 100,000, has not experienced volcanic activity since 1979, when an eruption resulted in about $100 million in damages.

An eruption by La Soufriere in 1902 killed more than 1,000 people. The name means “sulfur outlet” in French.