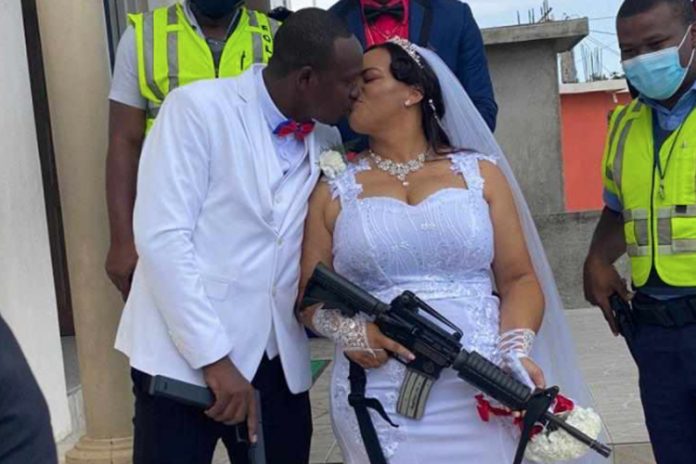 More than 60 U.S. House Democrats are calling for “a significant review of U.S. policy in Haiti” by the Biden administration and warning that “the U.S.’s insistence on elections at all costs in Haiti” later this year risks exacerbating the country’s cycle of political instability and violence.

“While elections will clearly be needed in the near future to restore democratic order, we remain deeply concerned that any electoral process held under the current administration will fail to be free, fair, or credible,” members of Congress said Monday in the letter addressed to Secretary of State Anthony Blinken. “Parliamentary, local, and presidential elections set for Fall 2021 could increase the risk of violence throughout the country significantly.”

The U.S. lawmakers said the administration of Haitian President Jovenel Moïse, who has been ruling without a parliament for over 15 months, not only “lacks the credibility and legitimacy” to administer elections that are free and fair but also a constitutional referendum scheduled for June 27.

The 69 House members who signed the letter want the Biden administration to use its “voice and vote” with the United Nations and the Organization of American States, both of which get U.S. .funding, to ensure that U.S. taxpayer dollars are not used to support the constitutional referendum.

“We take note that, in briefings with members, Department of State officials have said they do not think moving forward with the referendum is appropriate,” the letter said. However, both the OAS and U.N. political office Haiti have offered vocal support for the process. The U.N. currently controls a basket fund that is raising money for both the June 27 referendum, and legislative, local, municipal and presidential elections that are supposed to take place this fall.

The letter was led by New York lawmakers Gregory Meeks, chairman of the House Foreign Affairs Committee, and Hakeem Jeffries, chairman of the House Democratic Caucus, amid growing calls for the Biden administration to take a tougher stance with Moïse and a growing rise in kidnappings, armed gangs and political and economic turmoil.

Others in the international community have warned that conditions currently do not exist elections in the country, while Haitian civic, political and human rights leaders have called for a transition government. So far the Biden administration, ignoring those calls or concerns about the integrity of the electoral process, has continued with the Trump administration’s policy of pushing elections.

U.S. lawmakers say they want Blinken to “clearly identify and communicate to Congress” what specific metrics the Biden administration plans to use to use to evaluate whether Haiti’s elections will be free and fair, including a realistic timeline.

Man sentenced to 3 years for not staying home