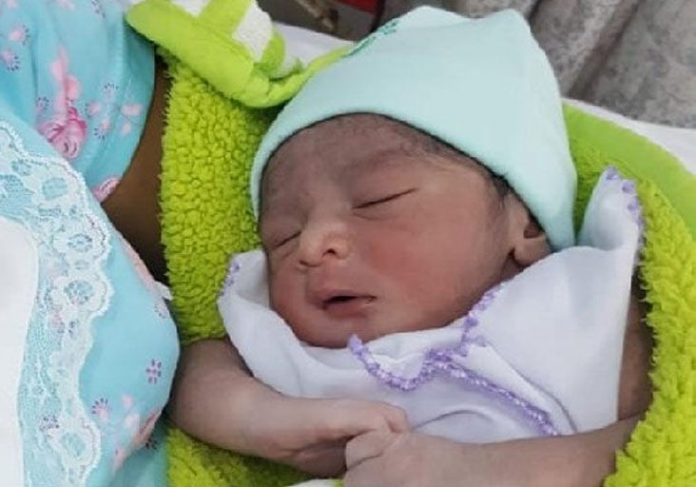 As the rain poured in the wee hours of Indian Arrival Day, a Cedros mother, in search of emergency care, had to deliver her baby in the front seat of her family’s car. Recently, the Ministry of Health repurposed the Point Fortin Hospital to cater strictly to COVID-19 patients and converted the old Area Hospital to a step-down facility.

It meant that when Christine Sumrah began suffering excruciating pains, the only emergency care facility was 36km away in San Fernando.

Sumrah, 33, lives with her husband Ricardo Arjune and sons in Granville but decided to stay with relatives in Cap-de-Ville, Point Fortin, to be closer to medical care.

At her last clinic visit, medical staff instructed her to go to the San Fernando General Hospital (SFGH) when the time reached.

Sumrah was due last week, but around 3 am Monday, she began experiencing labour pains. The family called for an ambulance, but the dispatcher told them that none was available.

Her sister-in-law Kelene Arjune said because Sumrah felt the baby nearing, they decided to go to the Point Fortin Hospital as it was an emergency.

However, despite explaining this at the entrance, they were reportedly turned away and the security guards advised them to go to the San Fernando General Hospital. Kelene said they even called the Point Fortin Police Station for an escort or assistance, but an officer said they could not provide any.

With rain pouring heavily on the way to San Fernando, Arjune had to drive slowly. As they reached Otaheite around 4 am, their third child decided it was time to come out.

“She said she was feeling the baby coming. The car did not even completely stop, and I jumped out of the backseat. She was sitting in front, and she put her legs up, and we could see the baby’s head, and it was all so crazy and surreal,” Kelene said.

As Sumrah pushed, Kelene could see the umbilical cord wrapped around her nephew’s body, preventing him from emerging from the birth canal. With First Aid being the closest training she has to medical training, she had to unravel the cord from under the baby’s arm.

“I had to follow her instructions to make him cry: put my finger in his mouth and try to touch his nose until he did, and once we heard the crying, we jumped back in the car.”

With a dispatcher on the phone guiding her, Kelene used the string of a face mask to tie Sumrah’s umbilical cord until they got to the hospital.

“Her legs remained up on the dashboard, baby on her. She was in the front seat, and I am in the backseat hovering over them.”

After reaching the San Fernando General Hospital, the family had to wait as there was no gurney available to get Sumrah and the baby out of the car. Despite the crazy and scary ideal, the baby boy was in good health.

However, the family is questioning the decision to leave the Borough without an emergency care facility, especially during a pandemic and State of Emergency.

“What if something had gone wrong? And I think that better could be done right now. I understand the COVID situation, and I empathise. I mean, with my little miracle experience now, I am traumatised. I understand what doctors, nurses, and support staff are going through. But other emergency cases need attention,” Kelene said.