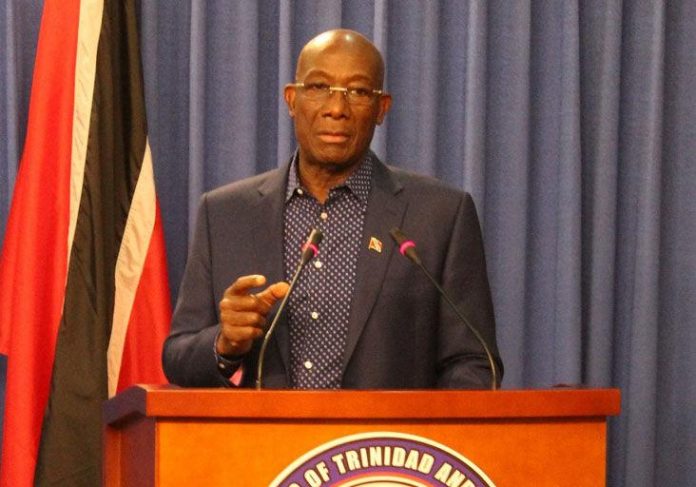 Rowley raised the matter as he spoke with former United National Congress senator Dr Bhoe Tewarie during the latter’s morning show. During the interview, Rowley said if a variant of COVID-19 became more virulent, then Government would do what was necessary to protect the population.

“And we know through scientific information that there is a vaccine that could prevent that from happening, then the Government would have to take a decision on behalf of those persons who have the right to protect themselves from this virus,” he said.

“So a decision will have to be made.”

Rowley added, “If the voluntary situation gives us the results we could live with, then we live with it being voluntary but some countries have already gone beyond that.

Rowley said this matter went to court in France. He said that even voluntary travel could pressure people to get vaccinated.

According to the Prime Minister, vaccinations are nothing new.

“This is nothing unique for the human population,” he said.

He said vaccinations were also not an invasion of rights.

“It is to protect human life and if the decision at the level of the Government that is responsible for the wider population, where the majority would like to preserve their life, where there is something available, then the Government would have to take that decision,” Rowley said.

Hours after the issue was posted to social media in reports, that portion of his interview was reposted to the official Office of the Prime Minister’s (OPM) Facebook page.

Most people on the OPM page were in support of his call, saying “mandatory, the way to go.”

Others were less enthused, saying that the Government was looking for a lawsuit. Others said that previous vaccines that are mandatory were around for years and not as new as the COVID-19 vaccines and others called for monitoring of vaccinated people.

Ghany: Three-fifths majority would be needed

Meanwhile, two Constitutional experts yesterday weighed in about whether the Government would need to bring legislation to Parliament and use either a special or three-fifths majority in order to make COVID-19 vaccines mandatory.

Political analyst Dr Hamid Ghany yesterday said the move would require the support of the Opposition.

“Legislation would have to go to Parliament that requires a three-fifths majority because it is going to be an infringement of human rights,” Ghany said.

“And the normal way in which legislation is made that infringes human rights, is that it is passed with a three-fifths majority in both the Houses,” he said.

“I don’t know how that would play.”

Ghany said the Constitution makes provisions for Parliament to legislate “in a manner inconsistent with human rights provisions.”

“They could bring legislation to Parliament and say that they require mandatory vaccination and get a three-fifths majority. That is challengeable in court,” Ghany said.

The challenge, Ghany said, is on the basis that it is not required in a society that has a proper respect for the rights and freedoms of an individual.

“A judge would have to determine whether or not it was a reasonable infringement,” he said.

Parliament is currently on recess and is expected to meet again in September, but Ghany said that Government could use a Standing Order to call in the members to debate this issue.

“If there is an urgent need, you can recall Parliament during the recess to deal with that,” he said.

Meanwhile, former Attorney General and constitutional expert Ramesh Lawrence Maharaj also said the matter would have to be dealt with in Parliament.

In a brief telephone interview, Maharaj agreed that Parliament has the power to make such legislation.

“The question which arises is whether it would need a special majority. I would think that it would need one because it is a guaranteed right to choice. That is guaranteed in the Constitution,” Maharaj said.

“But I think that having regard for the danger of the virus not only to infect an individual but also to infect others, I think it would be regarded as something that is reasonably justifiable.”

Maharaj said even if it is passed by a majority, the court still had the authority to strike it down.

“But I think the court would find it reasonably justifiable in a society that has a proper respect for the rights of individuals,” he said.

Maharaj said Parliamentarians also had a duty to the public to examine the issue in a “non-partisan way.”