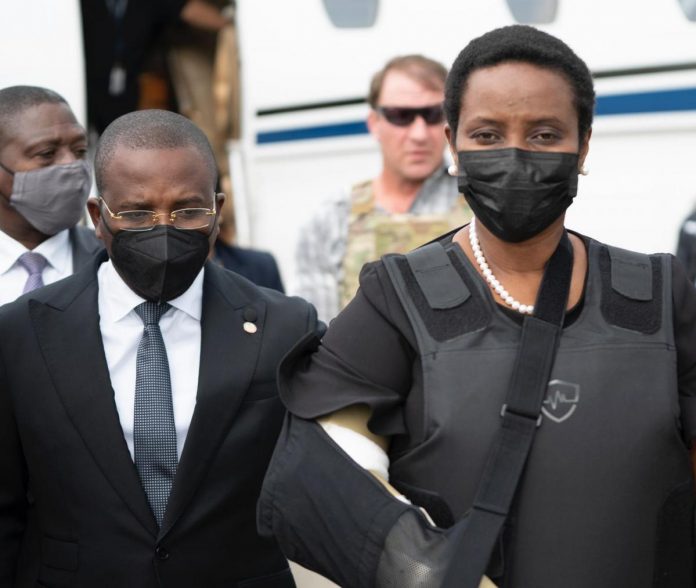 Martine Moise, the wife of Haiti’s assassinated president, returned home on Saturday, after being treated in Florida for wounds she suffered in the attack, an official said.

The 47-year-old widow, with her right arm in a sling and wearing a bullet proof vest, was received at Port-au-Prince airport by interim prime minister Claude Joseph, secretary of state for communications Frantz Exantus wrote on Twitter.

She arrived in the country, to take part in preparations for the state funeral” of her late husband, Jovenel Moise.

She had spent 10 days in hospital in Miami, Florida, where she had been air lifted after her husband was gunned down in their home in the early hours of July 7.

The state funeral services are set to take place on 23rd July, in Cap-Haitien, a historic city in the north of Haiti, which has slid dangerously toward chaos since the 53-year-old president was killed.

More than 20 people have been arrested in connection with the killing.

Meanwhile, Haitian police, have accused a 63-year-old Haitian doctor with strong ties to Florida, Christian Emmanuel Sanon, of being a mastermind of the plot and having “political objectives.”

Calls for ceasefire in Ethiopia grow amid deepening conflict