Over half million children in Haiti at risk of waterborne diseases 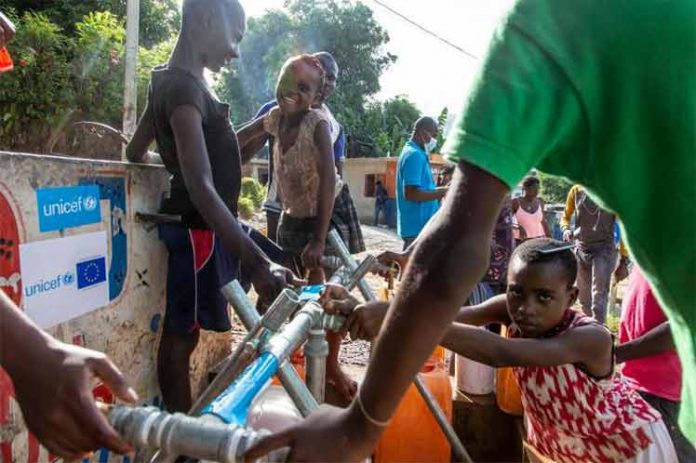 Around 540,000 children in the southwest of earthquake-stricken Haiti are now facing the possible re-emergence of waterborne diseases such as cholera and diarrhea, the United Nations Children’s Fund (UNICEF) warned Friday.

UNICEF Representative in Haiti Bruno Maes pointed out that Cholera has not been reported in Haiti since February 2019, yet without urgent and firmer action the re-emergence of cholera and other waterborne diseases is a real threat that is increasing by the day.

‘The lives of thousands of earthquake-affected children and families are now at risk, just because they don’t have access to safe water, sanitation and hygiene,’ he said.

Prior to the earthquake, only over half of the healthcare facilities in the three departments most affected by the earthquake had basic access to water services.

In the aftermath of the earthquake, nearly 60% of people in the three most affected departments do not have access to safe water.

UNICEF is the only UN agency delivering safe drinking water to the affected population, which aims to reach 500,000 people with WASH support.

Impatience and sometimes frustration are mounting in some Haitian communities, and this is understandable, Maes stressed.

Together with financial constraints, insecurity is currently slowing down our lifesaving activities on the ground, he regretted.

UNICEF is calling on local authorities to ensure safe conditions for humanitarian organizations to operate and scale up relief assistance to earthquake-affected communities.

Guyana: Man struck wife to head, hanged her and then stuffed her in barrel