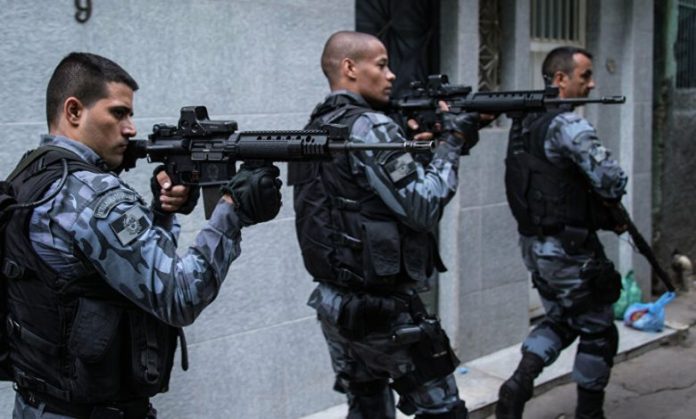 The two incidents near the city of Varginha in Minas Gerais state were the result of a joint operation between Minas Gerais state police and federal highway police to take down a gang of bank robbers that had staged a number of brazen attacks in the region. In one of the shootouts, 18 suspects were killed, while seven died in the second one.

Layla Brunnela, the spokeswoman for Minas Gerais state police, said intelligence agents had been monitoring the group for some time. She said police detained large-caliber weapons, explosives and bulletproof vests during the confrontations.

Brazilian bank robbers have carried out a series of audacious raids across the country this year, targeting banks in smaller regional cities that have acted as cash depots.

The Caribbean and Latin America for a sustainable future