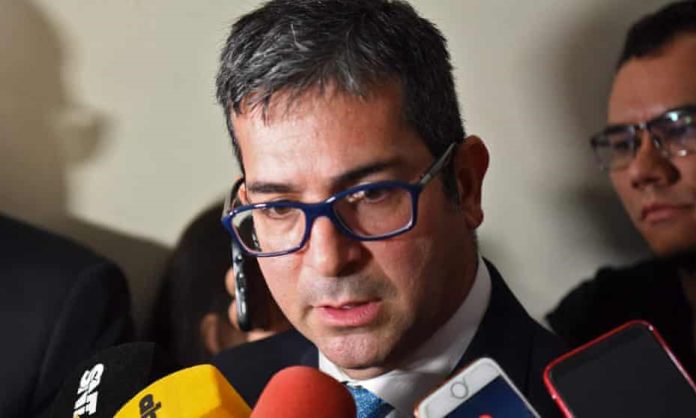 BOGOTA, (Reuters) – Four people who confessed to taking part in the murder of a Paraguayan prosecutor were each sentenced to 23 years and six months in jail yesterday.

Prosecutor Marcelo Pecci, 45, known for fighting organized crime, was shot dead on the island of Baru near the Caribbean city of Cartagena on May 10, while honeymooning with his wife.

Brazilian prison gang First Capital Command (PCC), a major exporter of cocaine, was involved in coordinating the murder, according to Colombian authorities, who also say the crime may be connected to international drug trafficking and “radical terrorism”.

A fifth person has plead innocent, while a sixth suspect remains at large, according to Colombia’s police.

The judge presiding over the case in Cartegna said the full sentence of 47 years each for the four people was cut in half as part of a plea deal, but the judge ruled out other benefits such as serving any of the sentences at home.

Pecci and his wife, Paraguayan journalist Claudia Aguilera, announced her pregnancy on Instagram shortly before the couple were approached by two men on a beach near their hotel. She told authorities one of the men later shot Pecci.

The organizers of the murder allegedly paid $500,000 for the killing, Colombian attorney general Francisco Barbosa said in a press conference earlier this month.