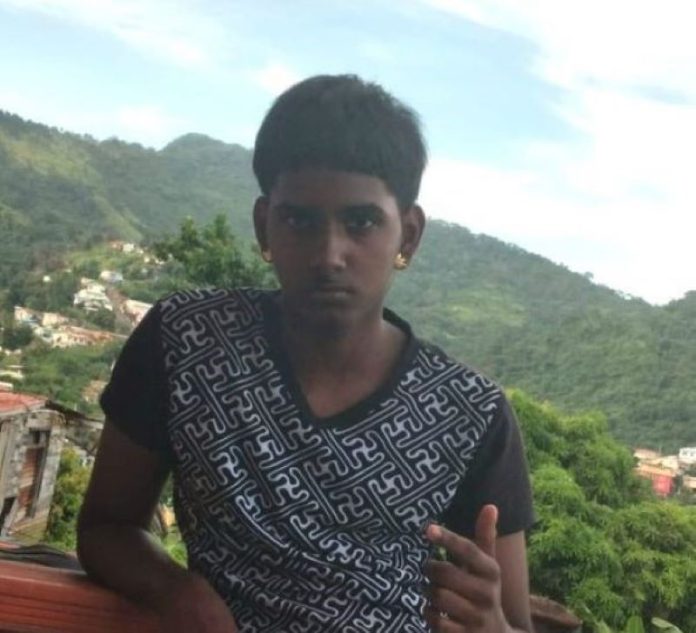 (Trinidad Guardian) The search for a missing Princes Town teenager was called off on Saturday after his bullet-riddled body was found spreadeagled behind an abandoned excavator in Princes Town around noon.

Police said Julio Nazrudeen, 18, of Sadhoo Trace, St Julien Village, was shot twice to the back of the head at Perry Young Road, Princes Town. The bullets exited his cheek and the back of his neck. He was reported missing last Friday.

Speaking to Guardian Media, his mother Sindy Nazrudeen said Nazrudeen and his father, Reynald went to work together doing construction at a house in Rousillac.

“They came home. He brought barbecue, and then he said he was going to take a walk to check a friend,” Sindy recalled.

She said he never returned and calls were made to Hunters Search and Rescue Hard Grounds Get Soft for assistance.

Sindy said around noon on Saturday they heard that her son was dead.

She said Nazrudeen had no enemies and was never involved in anything nefarious.

She said Nazrudeen wanted to open up a food business of his own. Anyone with information on the murder can contact Crimestoppers at 800-TIPS.

Facebook
Twitter
WhatsApp
Pinterest
Previous articleW.H.O. Decrees Monkeypox Not (Yet) a Global Emergency
Next articleS.Africa says 21 teens likely killed by something they drank, ate or smoked

Some COVID restrictions eased in Barbados