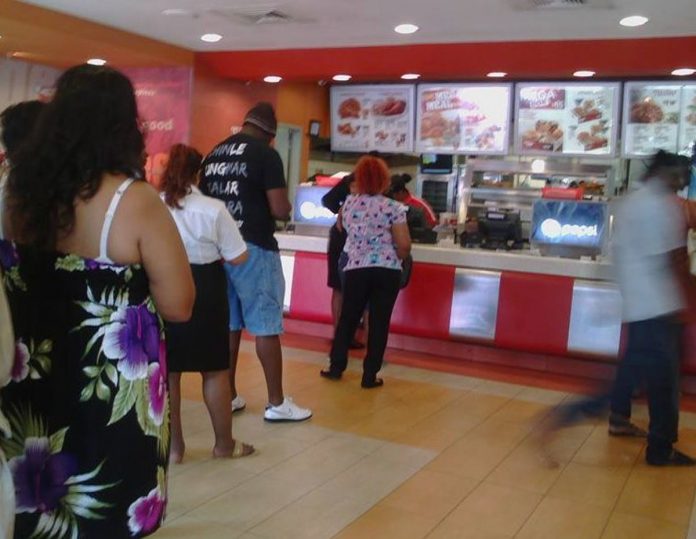 About 3,000 employees of Prestige Holdings are going back to work from today.
Simon Hardy, the chief executive of Prestige Holdings-which operates several food franchises-said yesterday that they are expecting an influx at their branches tomorrow and they were “heartened” and appreciative of the national response to the re-opening of their restaurants, particularly KFC.
“It’s a testament to the power of the brand,” he told the Sunday Express following the Prime Minister’s decision to re-open restaurants (today) for takeaway and delivery.
“We have catered for a temporary surge at various branches,” he said.
The company was bombarded over the past few days by viral social media videos which showed delivery of goods at certain branches.
But Hardy said this was to make up some 2,700 hampers for the company’s employees.
He explained that some workers were allowed to go on paid vacation for the month of April and those who didn’t exercise that option were paid 50 per cent of their salary for the month of April.
While he would not discuss how much the company had lost in the past five weeks since the Government’s stay at home measures came into effect, he said they were getting ready to re-open.
He said not all branches will have everything and there will be some shortages because of the supply chain disruption.
He asked customers for patience as some branches will have limited menu options.
He said the company had also taken several steps to protect the health of its employees including the washing of hands every 30 minutes and hand sanitisers upon entry.
(Trinidad Express)