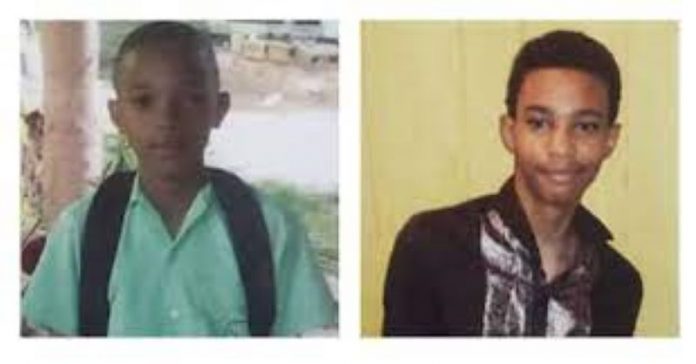 According to a police report, at about 7.30 pm Semion Daniel, 15 and Antonio Francois, 16, were liming with other teens at an abandoned house at Desperlie Crescent, Laventille, when two men dressed in police uniforms walked up to them, pulled out guns and opened fire.

Daniel and Francois were killed on the scene.

One of the three surviving escapees, Stephen Antoine, 15, was subsequently detained by police.

However, escapees Stephan Nicholas, 16 and Recardo Thompson, 15, escaped the attack and remain on the run.

Just three days ago, the court had given the Children’s Authority approval to release the names and photographs of the five boys in a bid to find them after they escaped from a Child Support Centre on March 19.

The Children’s Authority of Trinidad and Tobago then sought the public’s assistance in locating the five minors. The boys, ages 15 and 16, are from the Diego Martin, St James, Laventille, Curepe and Siparia communities.

Police said the teenagers escaped from the north facility sometime between the night of March 19 and morning of March 20. An official at the centre contacted the police on March 20 at about 11.45 am to report that the boys were discovered missing after making routine checks.

CCTV footage viewed by investigating officers revealed that the boys escaped by passing through burglar-proofed bars in a room on the western side of the building.

The authority’s Public Education & Communications Manager, Cheryl Moses-Williams, urged all families and friends of the boys who absconded to call the police at 999 or the authority’s hotlines at 996 or 800-2014, if they contact them or receive information about their location.

Trinidad & Tobago Air Guard to reactivate one of four AW139s