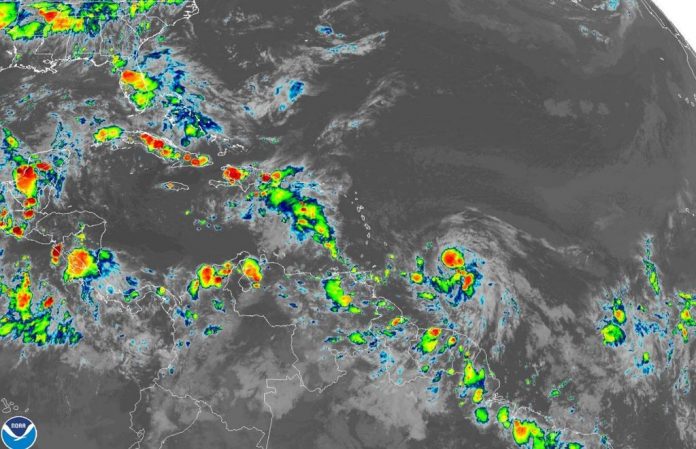 Tropical Storm Elsa is likely to begin affecting portions of the Windward and southern Leeward Island by early Friday morning.

This according to the latest update by the National Hurricane Centre (NHC.)

In its advisory early on Thursday afternoon, the T&T Met Service said both islands are not under any storm watch or warnings.

However, the Met Office has issued an Adverse Weather Alert- Yellow Level 1 warning for T&T.

This means the country can expect periods of rains and showers of varying intensities- mainly overnight from Friday into Saturday- with a 70 per cent chance of thunderstorm activity.

The Met Office is also warning of winds in excess of 55 km/hr and localised flooding.

Our Caribbean counterparts, such as Barbados, Martinique, St Lucia and volcano-ravaged St Vincent and the Grenadines, are all under tropic storm warnings at this time.

A Tropical Storm Watch is in effect for Grenada and its dependencies and the southern and western coasts of Haiti from the southern border of the Dominican Republic.

The NHC is also advising that those elsewhere in the Windward Island, the Leeward Island, the Virgin Islands, Puerto Rico, the Dominican Republic, Haiti, eastern Cuba and Jamaica, should monitor TS Elsa’s progress.

Additional warnings are expected to be put in place later tonight (Thursday) and early on Friday.

Norwegian Cruise Line may go out of business