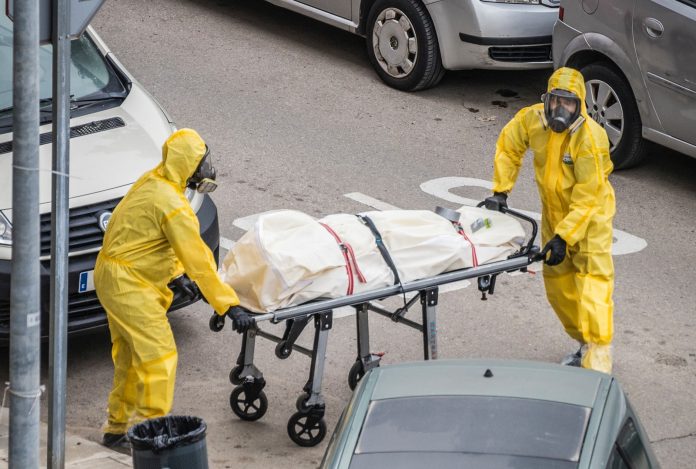 London: Boris Johnson has said he did everything he could to prevent the loss of life, as Britain’s coronavirus death toll passed 100,000.

The British prime minister appeared sombre at a news conference held in Downing Street, during which he said he accepted full responsibility for the handling of the pandemic, promising that lessons would be learned.

While the steep decline in the rate of new COVID-19 infections continued on Tuesday, the death toll increased by another 1631 taking the overall toll to 100,162.

“It’s hard to compute the sorrow contained in that grim statistic, the years of life lost, the family gatherings not attended, for so many relatives, the missed chance even to say goodbye,” Johnson said.

“When we come through this crisis, we will come together as a nation to remember everyone we lost and to honour the selfless heroism of all those on the frontline who gave their lives to save others.”

Britain has the world’s fifth-highest death toll and the highest in Europe according to government-supplied data to the Johns Hopkins coronavirus resource centre.

Asked what had gone wrong Johnson said he was “deeply sorry” and that he had done everything possible to save lives.

“I am deeply sorry for every life that has been lost and as prime minister I take full responsibility for everything that the government has done.

“What I can tell you is that we truly did everything we could and continue to do everything we can to minimise loss of life and minimise suffering in what has been a very, very difficult stage.”

Johnson said the national commemoration would be held when the vaccine had freed the country; Britain has administered 6.8 million vaccines to date making it the third-highest vaccinator per 100 people, behind Israel and the United Arab Emirates, according to Our World in Data.

But with a total 37, 461 people are in hospital with coronavirus, relief for Britons remains a long way off.

The rolling seven-day average death toll has exceeded 1000 per day every day since January 9 and Professor Whitty warned that the “incredibly high” death rate would only reduce “relatively slowly” over the next fortnight.

Whitty conceded that the experts had made fundamental mistakes about the efficacy of masks and role of asymptomatic transmission in the early stages of the pandemic.

Whitty’s deputy Jenny Harries filmed a video with Johnson in March last year saying that face masks were “usually a bad idea” because people tended to contaminate them.

It is now required to wear face masks in public indoor areas and on public transport.

Britain has always insisted it was following scientific advice but recently experts have expressed regrets about not advising the government to close the borders, which remain open, although travelling overseas for non-essential reasons is forbidden.

The cabinet is considering introducing an Australian-style hotel quarantine system for arrivals, fearing mutated versions of the virus in hotspot countries like Brazil and South Africa could be vaccine-resistant.

Home Secretary Priti Patel is due to address the Commons on Wednesday evening on the topic of health measures at the border.

9 players on Cuba’s U23 baseball team defect in Mexico