Two out of three intubated by Covid-19 die in Brazil 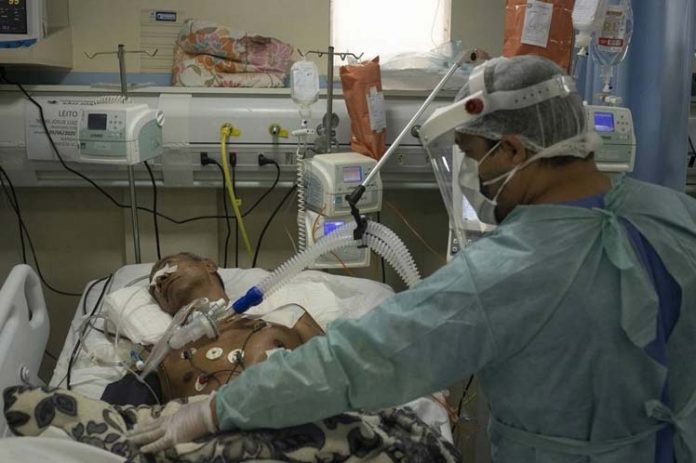 At least two out of every three patients who, since the beginning of the Covid-19 pandemic, needed mechanical ventilation in Intensive Care Units (ICU) died in Brazil, according to the results of a project released today.

The statistics are part of the initiative called Brazilian ICUs, of the Brazilian Association of Intensive Care Medicine (AMIB) in collaboration with the company Epimed, which provides records of 98 thousand admissions since March 1, 2020.

When citing the project, the UOL news portal assured that the figures show that of the 46.3 percent who needed mechanical ventilation in ICUs in one year, 66.3 percent died.

Such a procedure is a method that is used when the patient infected by the SARS-CoV-2 coronavirus reaches a level of pulmonary compromise that causes severe respiratory weakness.

According to the site, the problem is not the intubation process but the severity of the ailment that causes the evolution to lead to death.

One proof of this is that, in the same ICUs, patients who do not need mechanical ventilation (that is, less severe) have a mortality rate of nine percent.

‘It is necessary to avoid this misunderstanding. Some people began to think: ‘If they intubate me, I will die.’ Then there were absurd situations of people who did not go to the hospital and died at home,’ said Ederlon Rezende, project coordinator and former president of the AMIB.

He pointed out that patients must understand that, in severe cases, it is the only way not to die. Without it, the probability of death is one hundred percent.

‘Intubation is a procedure that has been performed for years in hospitals around the world, with a high degree of efficacy and safety,’ recalled Rezende.

He pointed out that when done correctly, the patient feels absolutely nothing. Despite not having any drug that attacks the virus, the possibility of survival lies in holding your breath while the body fights the infection.

According to the coordinator, despite the high rate of registered deaths, Brazilian ICUs are currently saving more patients than at the beginning of the pandemic. The teams learned how to manage serious mourners.

He pointed out that another fact that draws attention is how a ventilated person spends a lot of time intubated.

‘They stay almost two weeks, an average of 13.1 days. This is indicative of the severity of this disease. Such a moment is not common. As a general rule, the period of mechanical ventilation is half,’ he said.