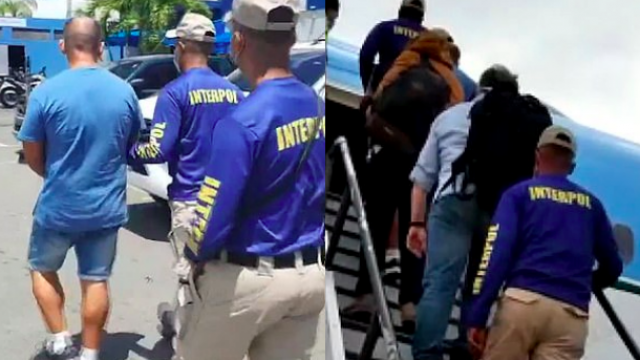 Detectives tracked down and arrested a 53-year-old Italian mafia fugitive living in the Dominican Republic after recognizing his distinctive tattoos on a YouTube cooking channel last week.

Marc Feren Claude Biart was a member of the ‘Ndrangheta mafia clan in Calabria who eluded police in 2014 and has been on the run for seven years.

According to police, he and his wife started a cooking show demonstrating his love for Italian cuisine. Although he was careful to hide his face, his tattoos were distinguishable.

Police also said Biart and his wife were keeping a low profile in the Caribbean. They were careful to stay away from the Italian community and Biart was known to locals only as “Marc.”

He was arrested in the Dominican town of Boca Chica, then extradited to Italy. He landed in Milan on Monday, NBC reported.

Meanwhile, Francesco Pelle, another ‘Ndrangheta mafia member who had been on the run for 14 years, was found receiving treatment for COVID-19 in a Lisbon clinic and arrested on Monday.

Their arrests come after the biggest mafia trial in 30 years opened in January. More than 300 suspected ‘Ndrangheta gangsters face trial with close to 1,000 witnesses expected to give evidence. The charge sheet includes murder, drug trafficking, extortion and money laundering.

According to INTERPOL, the ‘Ndrangheta is “one of the most extensive and powerful criminal organizations in the world” and is considered “the only Italian mafia organization present on every world continent.”