Dominican Republic Cracks Down on Migration Amid Chaos in Haiti 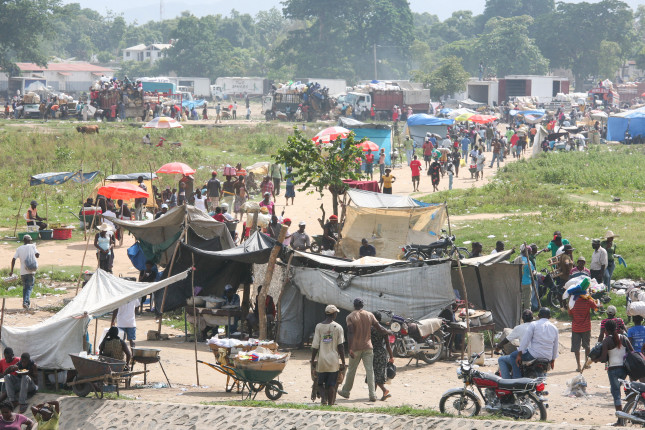 (Bloomberg) — The Dominican Republic is suspending student visas for Haitians and may review the immigration status of hundreds of thousands of foreigners as it continues to tighten its borders amid growing chaos in neighboring Haiti.

The Dominican Ministry of Foreign Affairs said in a tweet late Monday that the government will “indefinitely pause” the student-visa program. In addition, the Interior Ministry is proposing to “audit” the immigration status of some 220,000 foreigners — the vast majority of them Haitians — who were allowed to stay in the country under a 2013 program.

The measures may further limit the ability of Haitians to leave their country legally.

The audit proposal will be presented to President Luis Abinader on Wednesday. Abinader, who took office in 2020, has been urging foreign governments to do more to combat criminal violence and chaos in Haiti.

“The international community, in particular, the U.S., Canada, France and the European Union must act on Haiti with urgency,” Abinader wrote on Twitter Monday.

Shortly after Abinader’s tweet, Haiti’s Foreign Minister Claude Joseph shared a U.S. State Department travel warning for the Dominican Republic and said the two nations — which share the Caribbean island of Hispaniola — need to “work together to eradicate the problem of insecurity.”

Haiti’s gang violence has been in the spotlight since 17 U.S. and Canadian missionaries were kidnapped for ransom on Oct 16.

Taiwan won’t be forced to bow to China, president says